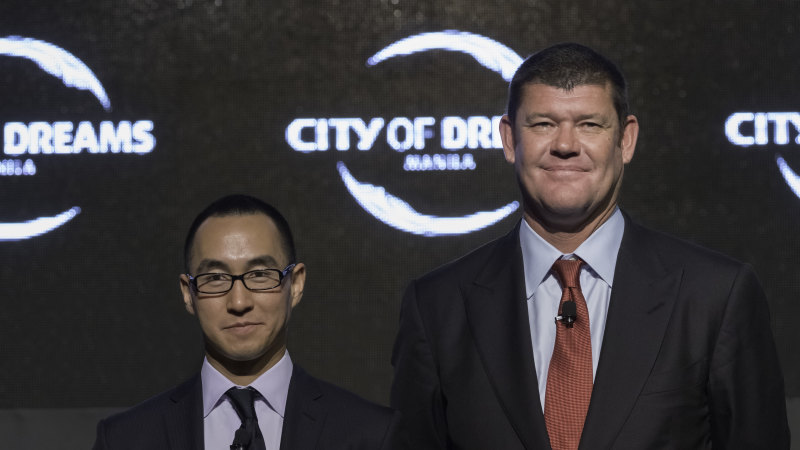 Show us the docs: NSW wins appeal to look under hood of Melco-Packer deal

Just how desperate is Lawrence Ho to keep legally privileged documents relating to his company Melco’s acquisition of Crown Resorts shares a secret? We will know if Melco heads for the High Court – the only legal avenue remaining to keep them away from public glare.

Facing the prospect of a commission of inquiry into, among other things, Melco’s acquisition of 9.9 per cent of Crown Resorts (and its proposed acquisition of another 10 per cent) from James Packer, Melco last month staged and won an 11th hour Supreme Court action to prevent the inquiry into demanding nine documents which were legally privileged.

On Thursday, it lost an appeal from the NSW Government to the full bench of the Supreme Court.

So now, with the inquiry set to start again next week, it gets really interesting. 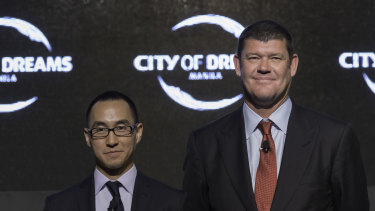 The deal between Lawrence Ho (left) and James Packer (right) over Crown is under the microscope.

There is a lot riding on this inquiry for both Packer and Ho – neither of whom seem to want vast details of their transaction on public display.

And the worst part of it is that the deal the two casino heirs struck in 2019 has in large part already come unstuck. So, in part, getting under the hood of the original transaction is now redundant.

Melco was to increase its Crown stake to 19.9 per cent but has since pulled the plug on on the second tranche of the transaction and its ambitions to have Crown board representation.

Thus it is stuck with a minority 10 per cent stake – which is made worse by the carnage wrought by the coronavirus which has had devastating impact on its casinos in the Chinese gaming territory of Macau.

Making matters worse, the value of Melco’s holding in Crown has been falling in response to the findings of the inquiry, the potential for stricter regulation of casinos in Australia and the general fall in equities markets amid mounting fears of a recession.

Crown shares have fallen by more than a third since that deal was inked in May 2019 at $13 per share – giving it then a price tag of $1.7 billion for the near-20 per cent stake.

Providing a hint to the future of Melco’s existing 9.9 per cent holding, Ho's company said in a statement in February that "while Melco believes Crown has world class assets that are complementary to its global business, it is Melco’s belief that, at this time, its capital needs to be deployed on its core assets."

One of the most perplexing elements to the original deal is that neither Packer nor Melco believed that any regulatory pre-approvals were needed.

The statement was not definitive, but reading between the lines it conveyed the impression that the Crown investment is no longer ‘core’.

One of the most perplexing elements to the original deal is that neither Packer nor Melco believed that any regulatory pre-approvals were needed.

This is one aspect the inquiry will be looking at.

At the time the original transaction was announced, the Crown board suggested it had no prior knowledge of the deal, despite the fact that two Packer representatives sit on the Crown board.

Adam Bell, counsel assisting the NSW casino inquiry, said in his opening submission in February said the deal for Ho's Melco International group to buy a 19.9 per cent stake in Crown from Packer’s private company CPH may have breached a condition of the gaming group's licensing agreement for its Barangaroo casino – which underlines the importance of the inquiry for Packer and Crown.

(Having said that, no one seriously expects the regulators to pull Crown’s Sydney license.)

But even before the share deal is investigated (set for later on) the course of the hearings to date and the direction of early witness testimony suggest the regulatory framework could be subject for review.

The use of junket operators – the people that organise everything from travel to arranging finance for the VIP clients – was squarely under the microscope. The hearing heard from one expert witness, Paul Bromberg, who described how junket operators were a necessary part of the VIP ecosystem and why "it’s essential [for a junket operator] to have some relationship with a Triad group".

Bromberg explained the ties with Triads – a notorious Asian crime network originating in China – prevented poaching from other junket operators while the gangs could move cash out of China, helped with debt collection and procured prostitutes for big gamblers.

In the main Australian jurisdictions, NSW and Queensland, junket operators are not required to be licensed.

It is hard to imagine the NSW government’s gaming regulator, the Independent Liquor & Gaming Authority (ILGA), would go to all the trouble of holding an inquiry which finds nothing and recommends the status quo.