As many as 15 million people have no private pot for their old age and face having to live on the £153-a-week benefit provided by the state, research has revealed. It also shows that a growing pension “haves and have-nots” divide has emerged across the nation. People in the North-east, where 44 per cent of residents have no workplace pension, are the least financially prepared for life after work.

They were followed on the list by the East and West Midlands, both at 34 percent.

Nottingham (41 percent), Newcastle (39 percent) and Liverpool (38 percent) were found to be the cities with the highest number of people without a pension.

Women (31 percent) are more likely than men (26 percent) not to have any retirement savings.

However, people in Scotland (22 percent) and Northern Ireland (18 percent) are the least likely to say that they do not have retirement funds.

Experts say the disturbing differences may reflect decades of employment and income trends in various parts of the country – and warn the divide is likely to get worse because of the pandemic.

Becky O’Connor from pension provider Interactive Investor, which commissioned the research, said: “The high proportion of people who say they do not have a pension in this survey is deeply worrying. 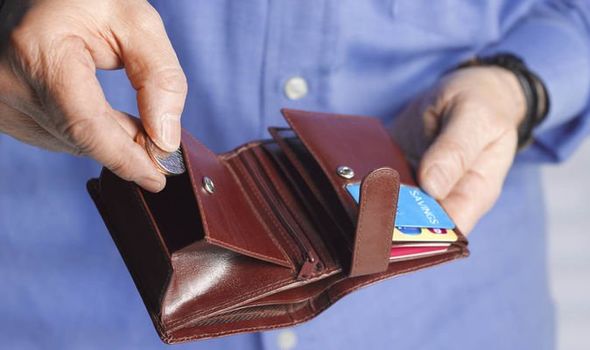 “All adults, of any age, in any region and whether man or woman should have a pension. The findings should concern Government and industry as it suggests the problem of poverty in old age will steadily worsen over the coming decades.”

Ms O’Connor warned: “More generous defined benefit pensions will become a thing of the past and today’s army of self-employed people, who are less likely to have a pension, reach a point where they stop work. Even those with defined contribution workplace pensions may find their pot doesn’t generate enough income in retirement.”

Younger adults were shown to be most at risk of oldage poverty.

Ms O’Connor said: “The Government will only have to pick up the bill in the form of higher benefit payments later on if people have nothing of their own to fall back on when they retire.

“Equally, the findings underscore the need for the protection of the state pension through the triple lock.”

Three percent admitted they did not even know if they had one.

The present state pension provides people with an annual income of £9,110. It is payable only after 35 full years of National Insurance contributions.