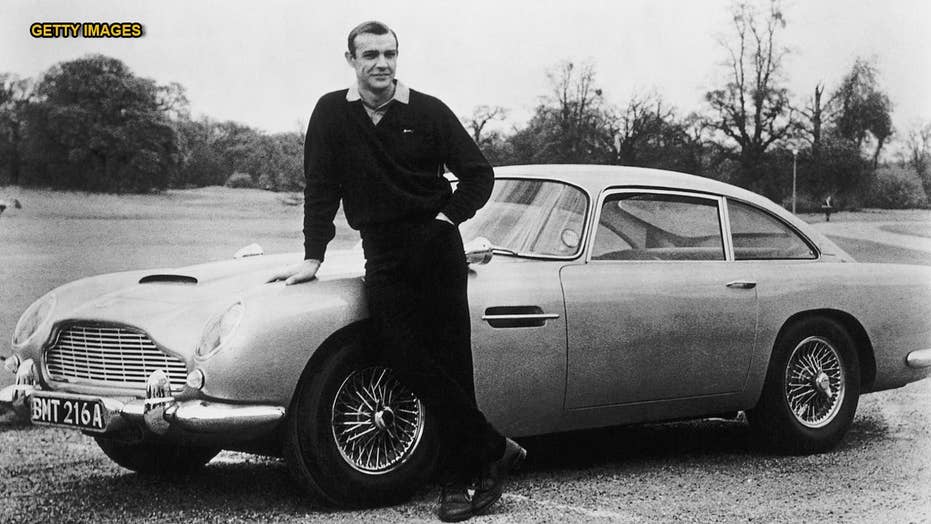 Automaker Aston Martin is working with the special effects supervisors from the James Bond film franchise, to develop 25 recreations of the iconic DB5 as seen in the 007 film ‘Goldfinger.’ The coupes will be equipped with functional smoke screen generators, simulated oil slick spreaders, recoiling machine gun barrels that emerge from the front corner lights and feature illuminated flashing tips and a smattering of other gadgets as well.

A major movie mystery could soon be solved. Not on screen, but in the real world of stolen art.

In a theft fitting of a spy thriller, one of the two gadget-filled 1964 Aston Martin DB5s featured in the James Bond films “Goldfinger” and “Thunderball” disappeared from a hangar at Boca Raton airport in 1997. 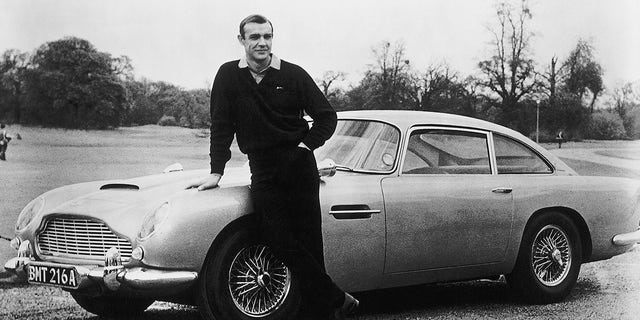 Actor Sean Connery, the original James Bond, is pictured here on the set of Goldfinger with one of the fictional spy’s cars, a 1964 Aston Martin DB5.

The silver coupe was spirited away without a trace, leading some investigators to believe it had been flown away by a cargo plane or even a small drug-running plane that quickly dropped in to pick it up.

The car had been purchased at auction in 1986 for $275,000 by real estate developer Anthony Pugliese, but was insured for $4.2 million at the time of the heist, which is roughly what the other car was auctioned for in 2010. 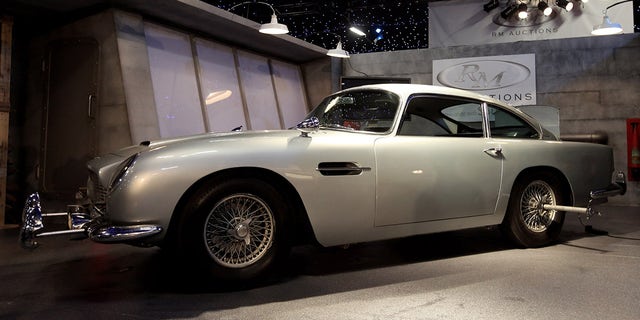 An identical DB5 used on screen was auctioned in 2010 for $4.1 million.
(Oli Scarff/Getty Images)

A new podcast produced by Spyscape called “The Great James Bond Car Robbery,” which is narrated by “Austin Powers: International Man of Mystery” star Elizabeth Hurley, has taken an in-depth look the incident and one contributor to the program has revealed new information about the car’s whereabouts today.

Christopher A. Marinello is the CEO of Art Recovery International, a firm that tracks down valuable stolen goods for insurance companies and individuals, including some that had been looted by Nazis.

The classic car enthusiast has been for over a decade on the “Goldfinger” case for an insurance firm, which has an open offer of $100,000 to anyone with information that leads to the car’s recovery.

“I had the Corgi toy version of the car when I was a kid,” Marinello told Fox News Autos. “It means a lot to me personally and to the world. It’s perhaps the most famous car ever.” 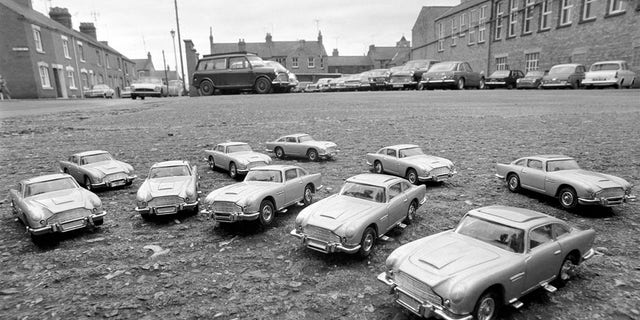 Corgi’s toy replicas of the car are nearly as famous as it.
(WATFORD/Mirrorpix/Mirrorpix via Getty Images)

Marinello calls it his “white whale” and the “Holy Grail” of art recovery, and says he’s actually pretty sure he knows exactly where it is.

He believes it is in a country in the Middle East, that he’s not ready to publically name, and owned by one of the top car collectors in the world.

Bond’s 1964 Aston Martin DB5 is widely considered to be the most famous car in the world.
(Getty Images/United Artists)

He said he gets tips all of the time from people who’ve come across DB5s that they thought was it, but that a recent one sounded very credible.

The person imparted details about the vehicle no one who wasn’t intimately familiar with it would know.

Marinello isn’t accusing the current owner of being behind the theft or even initially knowing that they’d purchased stolen goods.

“These sorts of people buy a lot of luxury items, often without going through due diligence, and when they find out something is stolen, they think they’re above the law and that it’s not their problem,” Marinello said.

“But it is their problem.”

He’s dealt with the type before and is hopeful that they’ll discretely approach him to work out a deal in private for the return of the vehicle, which is worth far more than $4.2 million today. 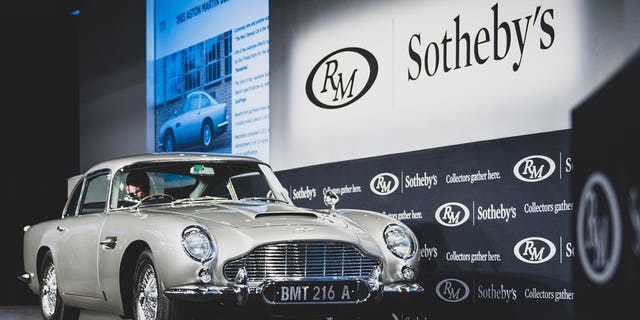 A promotional car identical to the ones used on screen was auctioned in 2019 for $6.4 million.
(RM Sotheby’s)

A third identical car that was built to promote “Thunderball” and didn’t even appear on screen was auctioned in 2019 for $6.4 million and experts tell Marinello the missing car could go for $15 million or more if it ever crosses an auction block.

Marinello hasn’t heard more than the first released episode of the eight-episode podcast, and is just one of a number of people involved in the car’s history that are included, but he can’t wait to see how it ends.