Sweaty Betty CEO reveals how the UK brand plans to win an even bigger piece of the American athleisure market, after tripling sales in the US last year

Sweaty Betty, the buzzy UK-based athletic wear company, has its sights set on international expansion — with a particular eye on the US, the brand’s fastest-growing market.

According to CEO Julia Straus, Sweaty Betty has invested heavily in recent years to reach US consumers through channels like e-commerce and strategic retail partnerships with major brands like Nordstrom. As a result, when the pandemic hit — prompting skyrocketing demand for athleisure — the company was primed for discoverability.

Now, Sweaty Betty is vying for an even larger piece of the fast-growing athleisure market, which is expected to be valued at more than $80 million by 2024, according to a recent report from global technology research and advisory company Technavio.

Catering to the ‘active woman’s wardrobe’

Founded in 1998 as a “design-driven activewear brand focusing on its mission to empower women via fitness,” Sweaty Betty has spent the past two decades cultivating a loyal fanbase of female consumers. The company – best known for its vibrant, patterned leggings designed for everything from running and yoga to lounging around the house — sells a pair of its most popular product, the “Power Legging,” every 60 seconds.

“Our customer typically discovers us in her mid-to-late twenties when she’s starting to invest more in her health and wellness,” Straus told Insider. “She first and foremost is an active woman, someone who values fitness, who looks at her lifestyle and it tends to be busy. It tends to be multifaceted and she’s looking for product that’s able to keep up with her.”

Straus believes exclusively catering to women is particularly appealing to consumers in the brand’s emerging global markets. Rather than pushing into fast-growing categories like menswear or skin care similar to how competitors like Lululemon and Alo Yoga have done, Sweaty Betty has instead stayed focused on its core demographic.

“[In the 1990s], you had the Nikes and the Adidases and folks who had tremendous performance and technical products but weren’t necessarily able to achieve the same style and femininity that you find in activewear today,” Strauss said. “That was really the goal. There’s so much market opportunity to just serve that active woman’s wardrobe.” 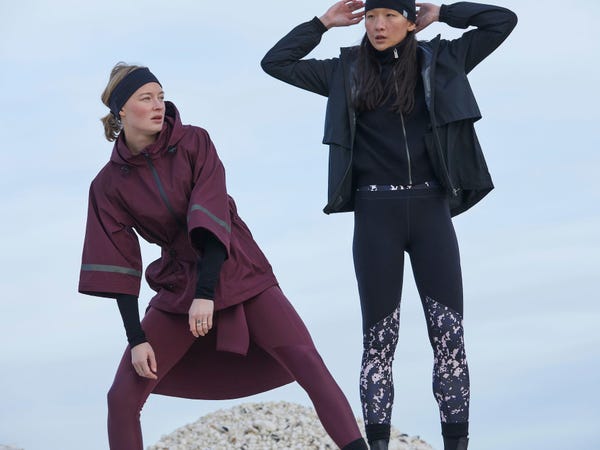 Responding to changing trends in real-time

According to Jemma Cassidy, Sweaty Betty’s chief product officer, the company has been especially successful responding in real-time to the changing lifestyles of its consumers using a mix of direct feedback channels, shopping data, and focus groups.

For example, as reports emerged that global demand for bicycles had risen dramatically during the pandemic, Cassidy said her team quickly got to work developing a line of performance apparel. The collection, which launches in July, was created with help from a focus group composed of both athletes and average consumers in order to create garments that were both technical and comfortable while riding.

Such strategies have also proven useful in growth categories like outerwear, where Cassidy said the company saw an opportunity for mid-price athletic jackets, which quickly became a fast-growing product for Sweaty Betty in recent months.

“We noticed a gap in the market where we saw really high-end brands at set price points and designer cadence price points  and then you had fast fashion,” she said. “But there was that middle ground that was missing, and that was true performance, whether it be waterproof, reflectivity, et cetera. We really took notice of that and that paid off.”

Demand has shown little signs of stopping in 2021, according to executives. Cassidy said she foresees the athleisure boom will continue even after the pandemic subsides.

“I think athleisure wear is going to become what denim was in the fifties,” Cassidy said. “If people wore jeans, it was horrifying. People would never wear them to the office. Whereas now, everyone owns tons of them. It’s totally normal to see the top CEOs of the world wear jeans to the office. I think that’s athleisure’s moment now. It’s having this insurgence into every single home. Everyone’s wearing it.”