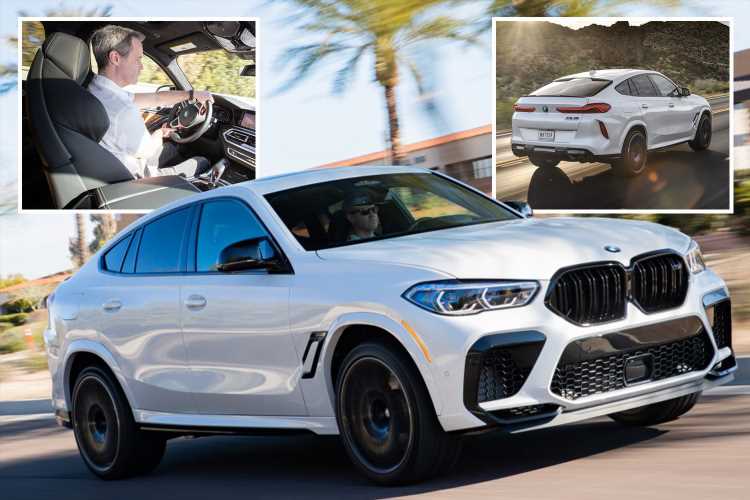 It broke the mould. It offended. But it was as brilliant to some as it was vulgar to others. 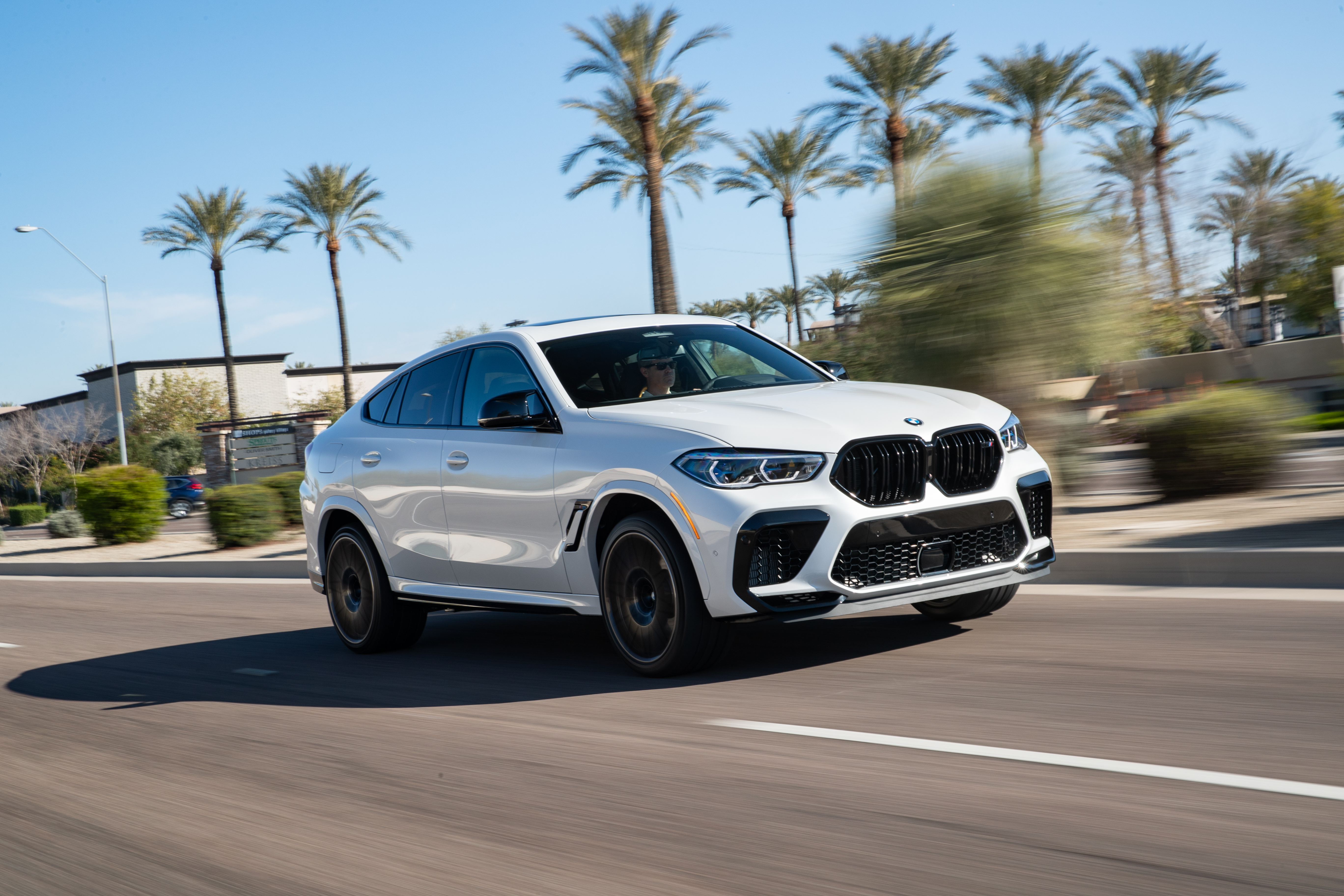 Then, the first X6M rocked up.It was the X6 cranked up to 11 — a super-powered M division remix that made even less sense.

This is the all-new X6M — only available in ballistic “Competition” specification — and it makes all that went before seem almost rational. Snowflakes, stop reading now.

There is nothing even vaguely green about this machine. Doubtless the swansong for this brutish breed of supercar-cum-SUV-cum-five-door-coupe in its global-warming-blinkered pure combustion engine form.

And still, unlike 95 per cent of other cars on the road, you can’t help but stare and feel something — love it or hate it for everything it stands for. 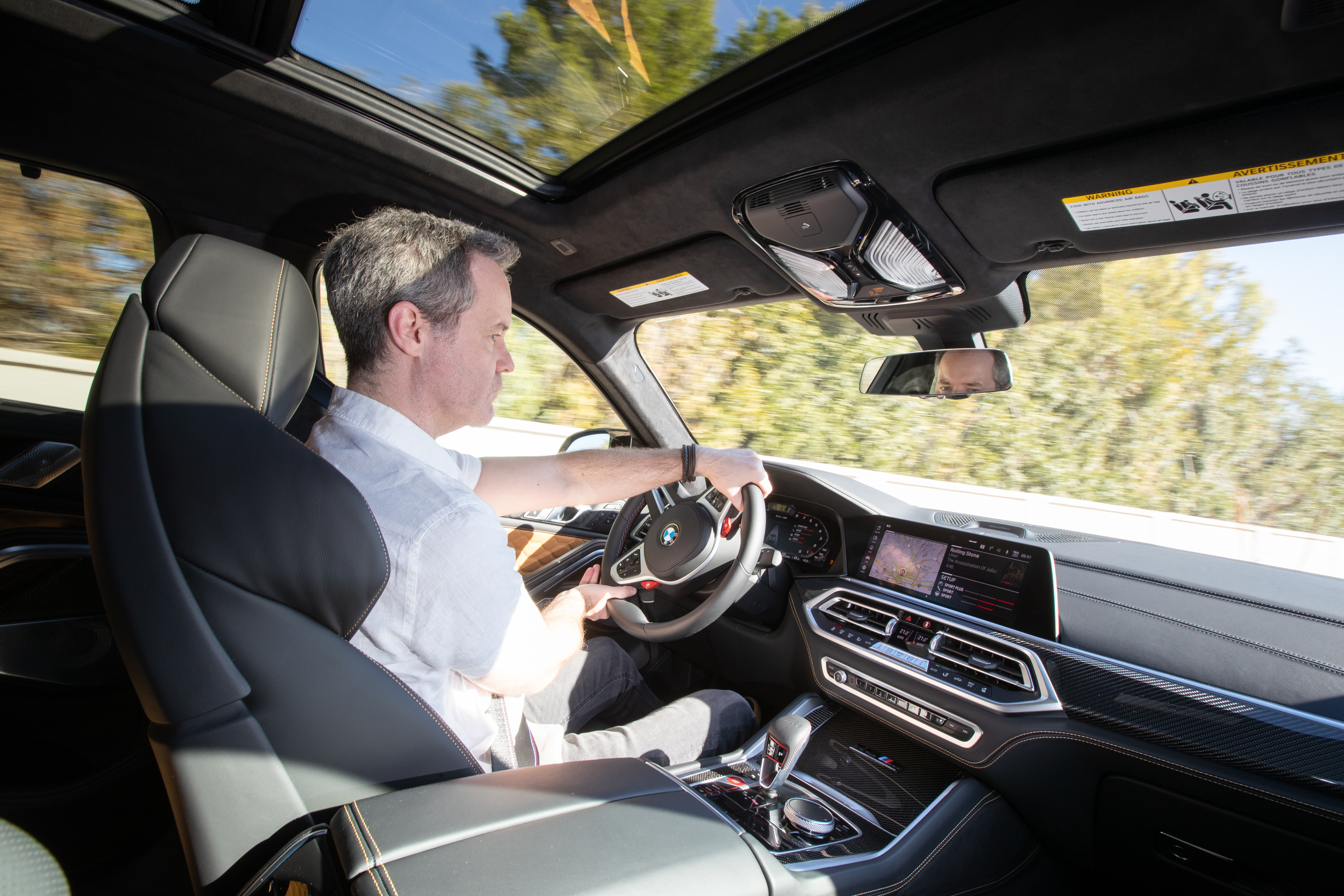 Built in the States, where it will sell the most, it felt disturbingly acceptable on the smooth wide roads passing the cheap gas stations of Phoenix, Arizona where I tested it.

Almost compact even, against the massed, over-sized ranks of Escalades, F-150 pick-ups and Dodge Rams.

But while America is a world away, the BMW X6M is a global car with an obsessive following.

Rest assured, when these behemoths land on our charmingly leafy little roads this spring they’ll stand out like Greta Thunberg’s sore thumb. 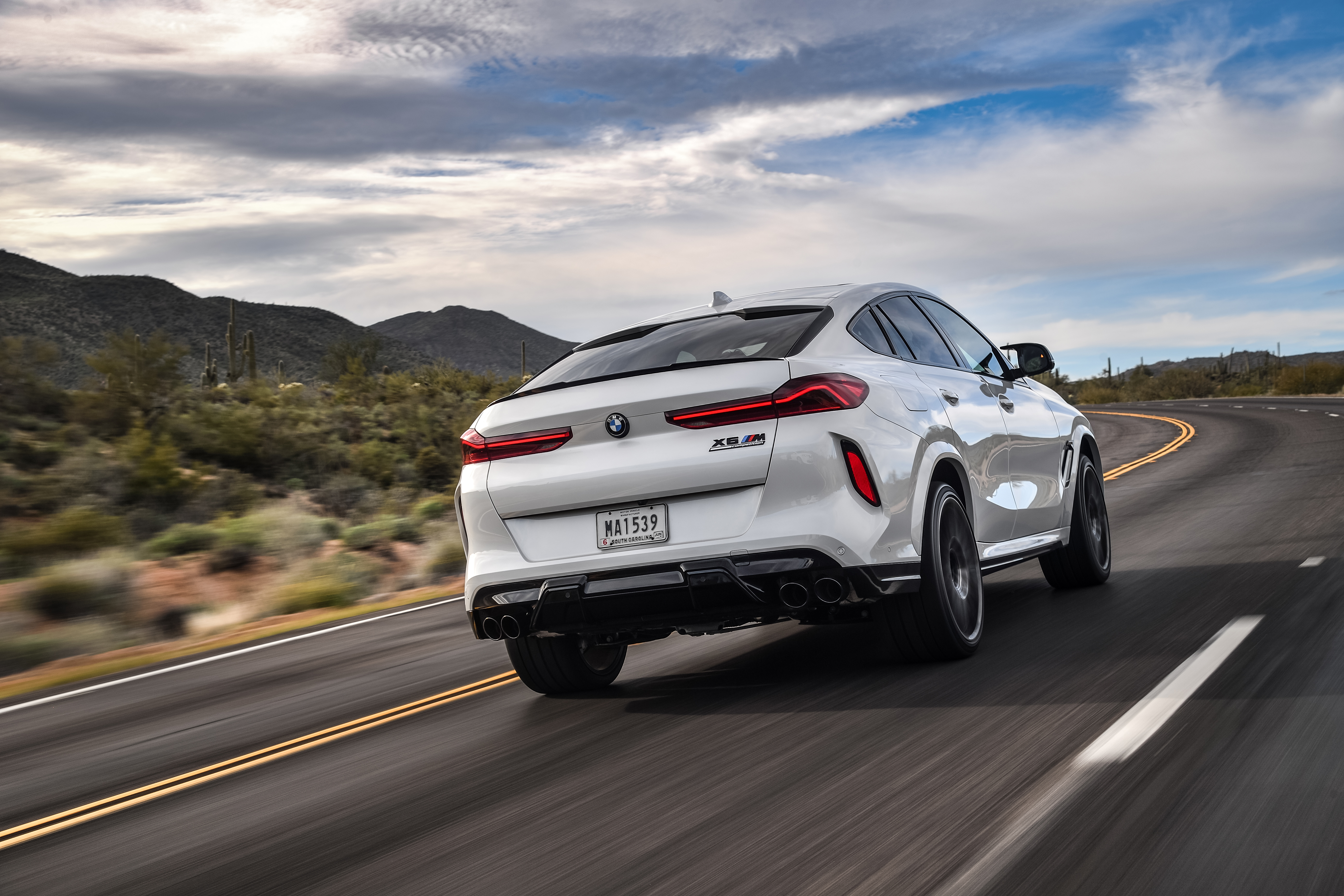 Bolder in design than ever, this is unquestionably peak X6. The gaping, high gloss black kidney grille is exactly the aesthetic menace it’s designed to be — duly paired with a similarly sinister rear diffuser that houses four extra loud exhaust pipes.

There is even offset and over-sized 22in rear alloys — with 21-inchers fitted to the fronts — hammering home its aggressive stance.

Naturally, this six-figure luxury sports activity coupe is kitted out to high heaven, as standard. 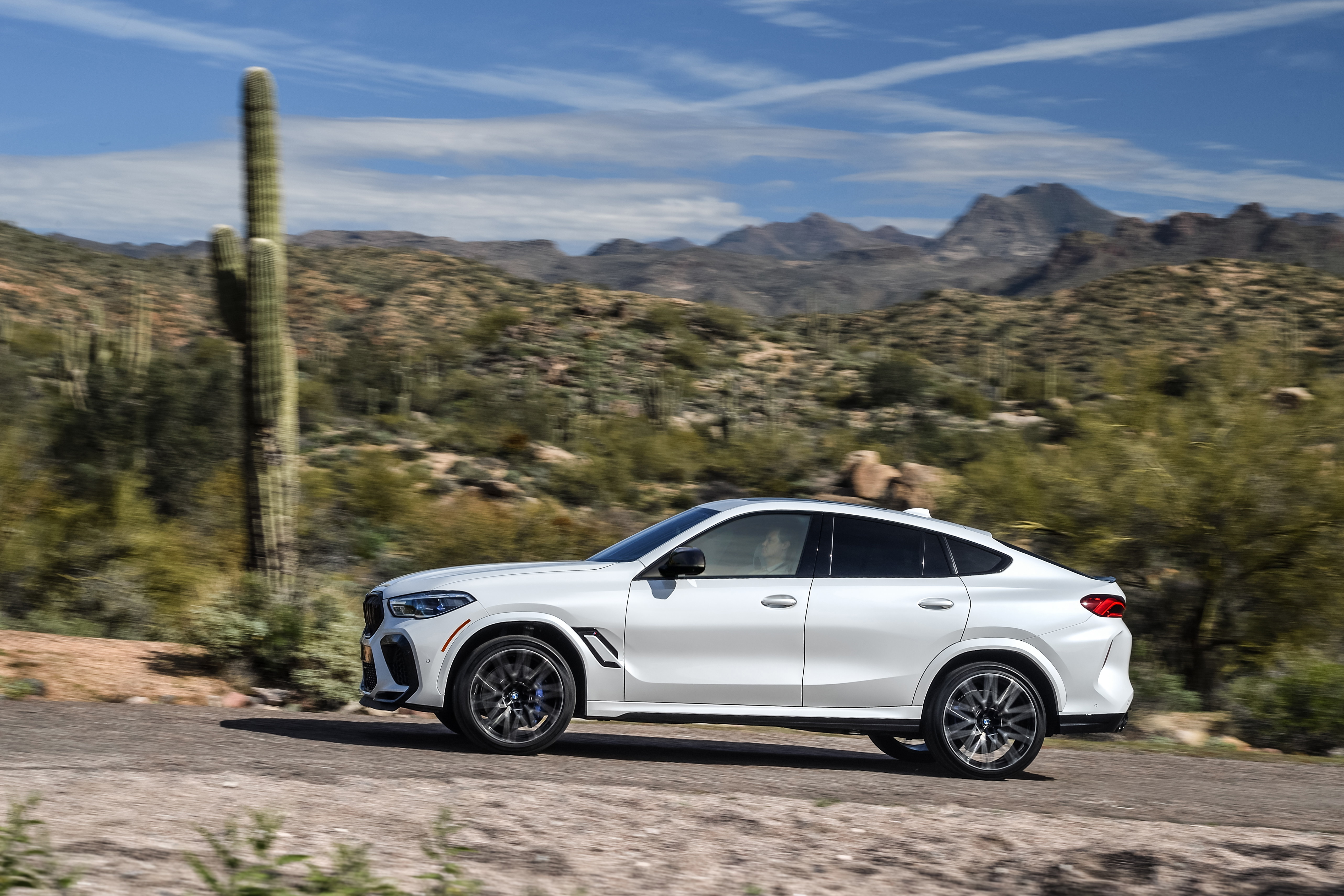 But still, you can always add more. A few of the VIP must-have-but-don’t-need cost options include a carbon engine cover, cup holder temperature control, ventilated massage seats and soft-close doors.

Weighing in at 2.3 tonnes, 4.9 metres long, two metres wide and 1.7 metres tall, BMW’s M Division has worked some serious genius to make this hulk handle like it does.

Although not the sharpest tool in the burgeoning M-badged box, the grip and acceleration on this four-wheel-driven unit is phenomenal — with body roll being kept well at bay even through the swiftest changes of direction.

That said, it’s notably stiffer than the regular X6. And no manner of tweaking the many variable drive settings — engine, chassis, steering, brakes and gearbox — can mask this. 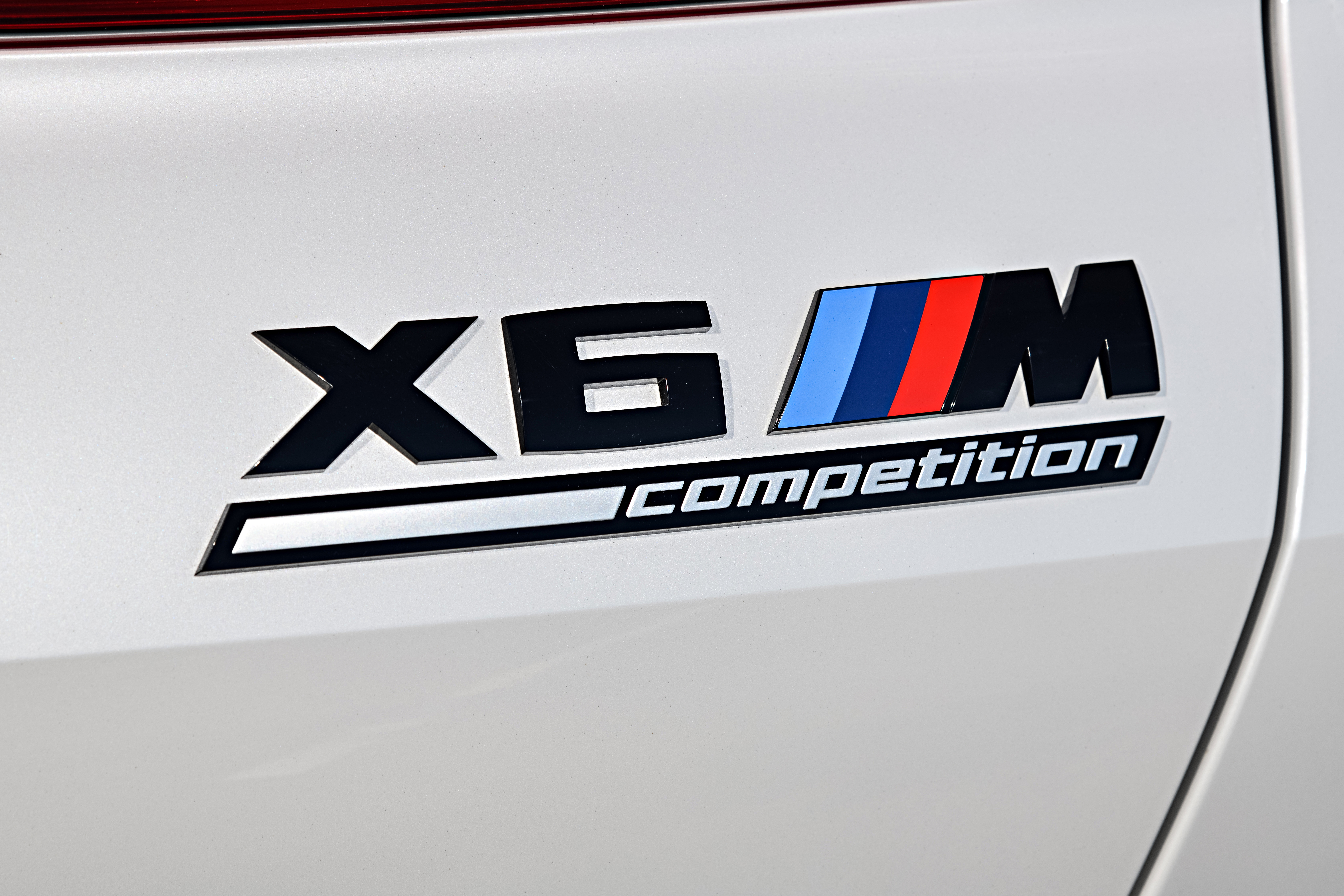 But this IS a bespoke M car chassis — developed on the Nurburgring, naturally — and one you’ll pay nearly TWICE as much for over an entry-level X6.

You wouldn’t dumb-down a supercar so it’s only right you can’t dumb down this V8 weapon too much either.

Plus it has monstrous six-piston brake calipers for a very specific reason too — to be used. It stops even better than it goes. With limited rear headroom and 580-litres of luggage space, practicality

is not the BMW X6M’s forte — which is where it loses ground over its direct rivals. But, that’s where it’s slightly less sexy sister, the BMW X5M, comes in.

It shares all the same tech and performance as the X6M, just packs a bigger booty.

The X6M is ultimately everything you could want from a hot Beemer SUV — unbridled performance and looks which can scare small children.

Yes, it’s a dying breed, and for all the right sensible reasons, but to its desired audience, which includes this petrolhead, that just makes it even more outrageously special.