Every year, millions of workers worldwide send money home to their families. 2019 was a record year for the practice, known as remittance, with the World Bank estimating that a staggering $554 billion was sent by workers to what it terms as low and middle-income countries (LMICs).

During the early months of COVID-19, the organization amended its predictions for 2020 and indicated that volumes would likely drop by 20% as a result of the pandemic.

However, fintech startups which help immigrants send money home say they have had massive years despite the pandemic thanks to the general shift towards digital payments.

“The World Bank said remittances will drop from COVID-19 and would disproportionately impact on immigrants and yet people are sending money home still and digitally,” Matt Openheimer, CEO and cofounder of Seattle-based remittances fintech startup Remitly, told Insider. “You have to understand our customers are leaving their families to move thousands of miles away. These are such resilient people and the industry doesn’t tend to understand the immigrant experience.”

Providers were braced for a drop-off in volumes in the early months of the pandemic. In Europe, pandemic lockdowns stifled economic activity.

“Everything happened really fast, we saw a steep decline in transactions for a couple weeks,” Michael Kent, founder of London-based Azimo told Insider in an interview. “It was pretty terrifying to see revenues go down like that and VCs were going mad.”

Despite that, Kent estimates that overall the business grew around 50% in 2020 after a boom in referrals which led to a “surge in new customers.”

The remittance market has been the traditional preserve of existing players such as Western Union but digitization has been a trend in the industry for a number of years and was accelerated by COVID-19, Oppenheimer added.

“We saw customer numbers triple last year because once people get over the initial hurdle of doing things digitally, they realize we are faster and cheaper than the alternatives,” he said.

Kent noted a similar experience at Azimo, with the startup noticing an older demographic of users coming to use the platform. 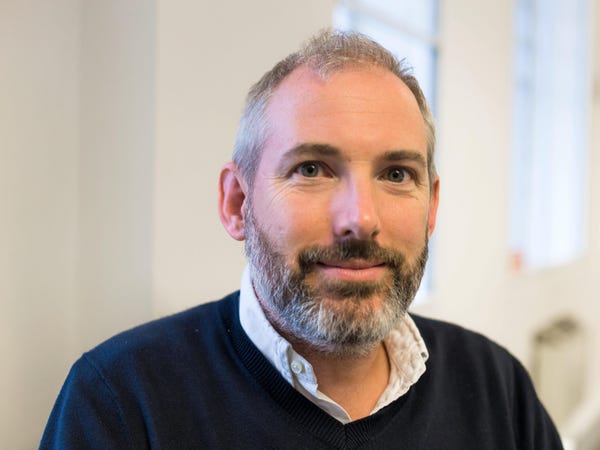 Despite the enormous size of the global remittances market, it has on the whole remained a cumbersome and costly process. The average fee is around 6.8%, per the World Bank, and it can still take days for money to transfer to parts of the globe, often with eye watering foreign exchange rates.

Fintech startups like TransferWise, WorldRemit, Azimo, CurrencyCloud, and Remitly have sought to help make the market more transparent and cheaper. Research from FXC Intelligence, published in the Economist, indicated that fintech operators are significantly cheaper than incumbents on both fees and foreign exchange rates.

Markets such as India, Pakistan, The Philippines, Nigeria, and Mexico are among the largest recipients of remittances worldwide. Many report figures more granularly with some of the doomier expectations around COVID-19 failing to materialize. For example, Pakistan received a record-breaking volume of global remittances in 2020, with $7.1 billion pouring into the country during the third quarter of the year alone.

Similarly, macroeconomic factors impact the remittance market. The strong dollar weighed on remittances to Mexico from the US with a weak peso making it a more attractive trade than previously. In 2020, $40 billion entered Mexico in remittances, a year-on-year growth of 11.4%, according to research from BBVA. That figure in pesos exceeded the Mexican federal budget for education, health, labor, welfare, and culture for 2021.

The World Bank expects that remittance volumes will stay deflated through 2021 as the coronavirus pandemic continues. However, for fintech startups with a bevy of new customers and high hopes for the future, the macro picture doesn’t reflect their daily reality.

“We’re humbled and inspired by our customers every day,” Oppenheimer said. “We’re just getting started in the remittance market, we’ve served 3 million people but there are 250 million working outside of the place they were born.”