The firm launched an extraordinary 'Santa Special' air-lift to ensure gamers can get their hands on thousands of its consoles. 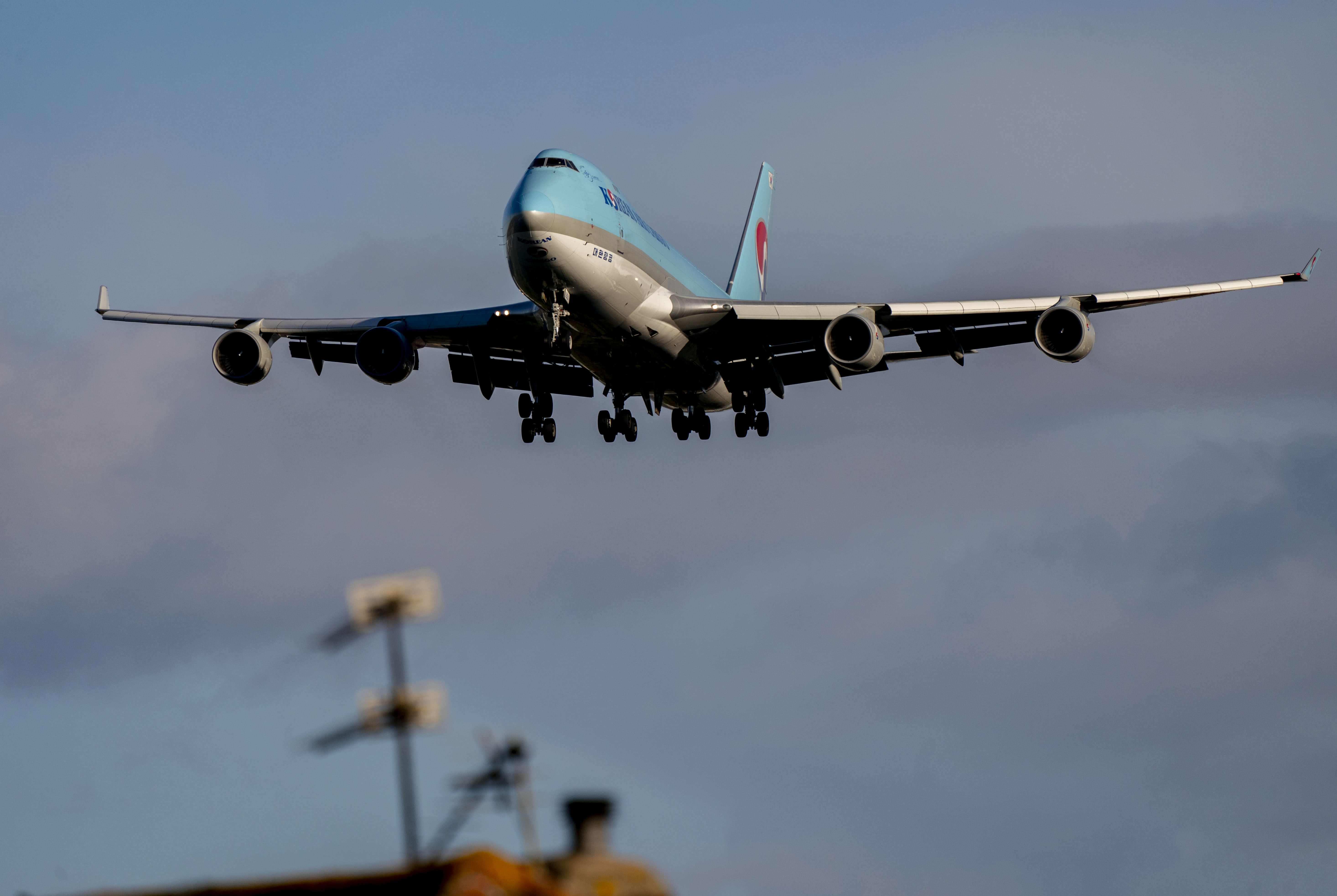 The rare devices – being flogged for £1,000 on eBay – are in desperately short supply and the company has struggled to get them to fans.

The consoles sell out as fast as they arrive with retailers – with no UK stores having stock last night.

But in a bid to placate gamers, jets weighing 100 tonnes have been specially chartered to get the PS5s here.

A third dedicated cargo flight arrived at Heathrow on Flight KE9503 from Seoul yesterday. It originally took off from Tianjin in north-west China.

Twelve articulated lorries were needed to ferry the PS5s from the airport’s cargo hub to distribution centres around the UK – with just four of the monster three-metre-wide pallets fitting in each truck.

Sony has plans to bring in two cargo jumbos full of the frantically sought-after Christmas gift between now and the middle of November, The Sun understands.

Each freighter aircraft, operated by Korean Airlines, were chartered by Sony and handled by cargo firm Expeditors based in Ashford, Middlesex.

A Sony source told The Sun: “A phenomenal operation has been under way to stock UK shelves of PS5s for Christmas.

“Sony just wants to keep fans happy after a slew of issues with its new kit, and this is an unprecedented air-lift.

“The 747 plane is rare after being decommissioned by British Airways, but carries a vast amount of cargo as a freighter aircraft.

“Each plane can bring in 100 tonnes of equipment on almost 50 pallets. It means millions of gamers will now be smiling this Christmas.”

Sony has been met with higher than expected demand after it launched last November.

But the shortage has been made worse by a global lack of computer chips – with everyone from phone, car and TV firms fighting for them – as well as a shortage of shipping containers to get them to the UK plus blocked ports.

Rival Microsoft has the same issues with its Xbox Series X. Both offer next-gen graphics and, like last year, are at the top of many wish lists at Christmas.

Sony sells two versions of its console: the PS5 Digital Edition for £359, and the standard edition for £449.

They're identical with the exception of the missing disc drive on the Digital Edition, which means games can only be played by downloading them.

Sony’s special PS5 flights have already had an impact. For the first two months of October, only four stores got stock.

But over the past fortnight, 13 retailers, including Asda, John Lewis, Argos, BT, Argos, and Amazon were briefly restocked. Specialist Game got three deliveries.

Last month Sony revealed it was shipping 3.3 million units of PS5s globally this past quarter, bringing the grand total to 13.4 million lifetime sales a full year after launch.

The staggering numbers make it the fastest-selling PlayStation console ever.

“But firms can use it to overcome supply chain issues or meet demand at key times of the year as it gets consoles, in this case, from factories to stores much faster.

“I believe Sony also used air to transport some PS5s during the launch window at the end of 2020. It’s much faster than transporting by sea.

"Air freighting will help bring forward some stock of consoles but may result in a longer dry patch in early 2022 when reverting back to sea transport.”

Meanwhile, British Airways is returning the 10% pay cut and 9.25% reduction in hours to check-in staff to keep them happy ahead of restarting flights from Heathrow’s Terminal 3 next month.

Fortnite to block millions of players forever from November 15 after rule change.

Roblox Adopt Me: Will I lose my login streak after the server outage?

Roblox fans all saying the same thing as game servers FINALLY fixed after being down for several days.