GTA FANS are in for a treat with word that Vice City, GTA 3, and San Andreas remasters for PS5 and Xbox Series X are on the way.

The remastered trilogy was initially intended as a freebie for players who purchase the upcoming GTA 5 PS5 and Xbox Series X ports, according to insiders. 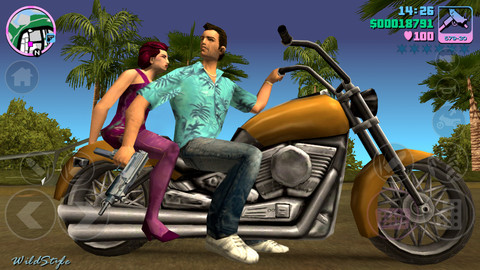 The news comes from Kotaku which cites reputable sources as the basis for the rumour.

Rockstar apparently changed these plans, and considered releasing the trio earlier this year.

But it eventually settled on launching the three GTA titles in late October or early November instead – just before GTA 5's current gen debut on November 11.

GTA 3, San Andreas, and Vice City are being remastered using Unreal Engine, and will be a mash up of “new and old graphics,” say Kotaku's sources.

Visually, it's comparable to the "heavily-modded version of a classic GTA title".

The UI has also been updated but won't stray too far from the classic look established in the original PS2 games.

The sources say that Rockstar is keen to keep gameplay changes to a minimum, so if you played these games the first time around, you'll know what you're in for.

That being said, actual details weren't forthcoming, so we don't know how any gameplay updates or changes will be implemented.

Rockstar Dundee is said to be spearheading the development on the GTA 3, San Andreas, and Vice City remasters.

The studio is also reportedly pitching in on the GTA 5 PS5 and Xbox Series X ports.

It's not just the PS5 and Xbox Series X that will get the remasters – they're also heading to PS4, Xbox One, Nintendo Switch, PC, Google Stadia, and mobile.

Kotaku notes that the PC and mobile versions may release next year, as Rockstar will likely prioritise the console versions first.

In other news, Madden 22 early access is available right now ahead of the game's launch next week.

Call of Duty Vanguard leaked pics are being scrubbed from the internet by Activision as it gears up for an official reveal.