New York (CNN Business)Shopping in the pandemic often means buying supplies for working, cooking and exercising at home. But consumers are also looking for ways to pass the time, and for some, that means picking up a magazine while they’re out and about.

Those who braved a drug store, supermarket or newsstand this past month may have seen in the magazine section copies of Better Homes & Gardens’ “Secrets of Getting Organized,” Delish’s “Keto Comfort Foods” and Time’s collector’s edition on the Korean pop band, BTS.
But these are not traditional magazines. They are what some in the media industry call “bookazines” — a blend of books and magazines — and in recent years, they have become more crucial to publishers’ success. 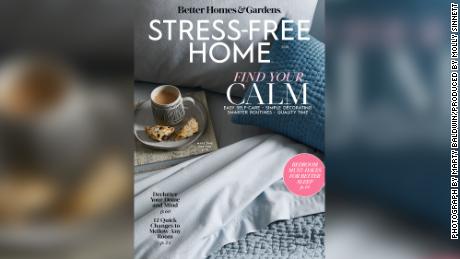 The pandemic has introduced additional stress to the already struggling magazine industry, but it may have boosted the success of bookazines. Meredith (MDP), which publishes People, Food & Wine and dozens of other popular titles, said last week its newsstand revenue grew by $3 million in the past quarter compared to the year prior. Its earnings report specifically cited bookazines, which are usually presented as single-topic, in-depth magazines often marketed to consumers as collectors’ items.
While many magazines have shrunk or folded in recent years, some publishers see opportunity in bookazines. They are less dependent on advertising — a once reliable source of revenue that continues to be eaten up by tech platforms like Facebook (FB) and Google (GOOG). The issues are big, sometimes exceeding 100 pages, but publishers can fill pages with stories and photos from their archives, making them less costly to produce. And they can seize on current trends like keto diets or cultural moments such as the passing of beloved celebrities and other public figures.

“To me, [bookazines] represent a really nice pandemic treat,” said Aileen Gallagher, associate professor of magazine, news and digital journalism at Syracuse University. “We’re all still stuck in our houses and the only place we’re really going is the grocery store. It’s like, ‘Oh, here’s this thing that will entertain me for a little while that I will invest $10 in.'”

Bookazines are not a new concept in the publishing world. Meredith has been in the business for more than 30 years, but the magazine conglomerate has invested more resources and seen greater returns in recent years.
Doug Olson, president and general manager of Meredith Magazines, called bookazines a “very profitable” business. Last year, Meredith released 331 issues, up from 330 issues in 2019. Sales grew about 2% from year prior, with some data yet to be reported.
Meredith bookazines are tied to its own brands — including People Royals, a quarterly publication debuting in March that covers the British royal family. It has launched new brands as bookazines, including a lifestyle publication called Sweet July with Ayesha Curry and a home design publication called Reveal with Drew and Jonathan Scott.
Meredith has also converted older titles into bookazines, such as Traditional Home and Coastal Living. Meredith also produces bookazines for partners such The Los Angeles Times, The New York Times (NYT) and Rolling Stone.
Most bookazines do not include ads and instead are sold at a higher price point than weekly or monthly magazines. The majority of Meredith’s bookazines cost $9.99 or more.
“It’s an intentional purchase,” Olson said. “We may catch [readers buying them] as an impulse at retail… but really this is an expensive product that they’re very passionate about. There’s a lot of talk about digital paywalls, but this is the original content paywall.”
A higher price tag and lower production costs contribute to bookazines’ profitability. Steven Kotok, CEO and president of Bauer Media Group USA, said bookazines that “sell a fraction of the copies of an issue of one of our magazines can be successful.”
Bauer Media Group USA doubled its production, publishing 60 bookazine titles in 2020. This year, it plans to publish more than 100 titles. That growth will partially rely on a new partnership with Time magazine. In April, Time will switch publishing partners from Meredith to Bauer. A Time spokesperson declined to comment on the reason but shared that Time sold more than 2 million copies of bookazines in 2020. 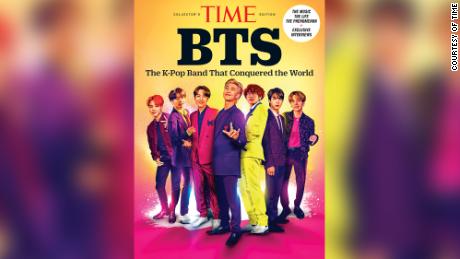 Hearst, which publishes Delish, Town & Country and other titles, invested more in bookazines after its acquired Rodale a few years back. Jacqueline Deval, vice president and publisher of Hearst Books, told CNN Business that it doubled the profits from 2019 to 2020. Hearst produced 80 bookazines last year, up from 75 in 2019.
Meanwhile, Condé Nast has divested from the product. In a 2016 Business of Fashion story, Leah McLaughlin, Condé Nast’s former director of special interest publishing, said the company published 34 special editions that year and planned to produce more the next year. But now it appears that the company has deprioritized bookazines. A Condé Nast spokesperson said the company is looking to make money from its intellectual property through other mediums such as video, podcasts, movies and television.
Gallagher, the Syracuse professor, suggested that bookazines might not align well with Condé Nast’s brands. The conglomerate owns popular and influential titles such as Vogue, Vanity Fair and The New Yorker.
“Condé Nast wants to look forward and not back. I think the idea of here’s a bunch of old articles doesn’t feel very now for Condé Nast,” Gallagher said. “Their back catalog isn’t as versatile.”

This spring, Hearst is producing a vegan bookazine under its Good Housekeeping brand. It also will relaunch Quick and Simple — a magazine Hearst shut down in 2008 — as a bookazine, first with one-pot meals and then baking for the Fall season.
“We lean heavily on food because it works,” Deval said. “It’s also crowded and so we take a lot of care to make sure we’re matching the right topic with the right brand. The dream bookazine is the marriage of the right brand authority with the subject.”
That doesn’t necessarily mean consumers are buying them for the brand name attached, or that bookazines and magazines appeal to the same consumers.
“Someone doesn’t make a decision, ‘do I want to buy the Better Homes and Gardens’ ‘Grilling Book’ one time or get a subscription to the magazine,'” Olson said. “It’s two different decisions.”
Other media businesses are eying bookazines as a new source of revenue. The Los Angeles Times produced two bookazines -— both with Meredith — last year: a tribute to Kobe Bryant on February 7 and “Dodgers: 2020 World Series Champions” on November 6. The newspaper is planning to publish up to six a year. 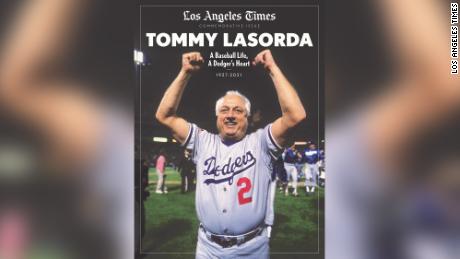 Lee Fentress, the paper’s executive vice president of business development and commerce, said bookazines “appeal to consumers who don’t regularly read the LA Times… It’s an opportunity to showcase collections of original reporting that the LA Times has a certain history with or authority to cover.”
A perk of bookazines is the agility of producing them, compared to weekly or monthly magazines. Deval said her team at Hearst produced a bookazine titled “T&C Presents Harry & Meghan, The Royal Wedding Album” over a single weekend in 2018.