Cotton: America’s choice on war with China is to ‘win it’

As the threat of a cold war with China closes in on the U.S., Sen. Tom Cotton, R-Ark., told “Special Report” that commander in chief Joe Biden isn’t up for the challenge.

Cotton: I think China has taken President Biden’s measure and found it lacking. You know, the president went to the United Nations General Assembly last week and gave a speech in which he refused to even say China’s name. He said that we don’t seek a Cold War, which of course we don’t. The United States would never seek a war of any kind hot or cold. But if China is waging a Cold War against us, as they have by taking our jobs and factories for the last 30 years, by conducting espionage throughout the United States, by rapidly building up their military to counteract ours in the Pacific, our choice is not whether we seek it, our choice is whether we win it. And right now, I don’t think Joe Biden is up to the task.

Baier: Is China beating us on the technology military front right now?

Cotton: I would say they’re rapidly closing the gap. In some areas, they may in fact have reached parity. And security competition between nations is not like a 100-meter dash. It’s not enough to win just by a nose because you embolden aggressors like China to take a shot at the title. You want our military to be so strong, you want our intentions to preserve our national interests and international ability, be so clear that aggressors like the Chinese Communist Party would never even consider taking that shot at the title. 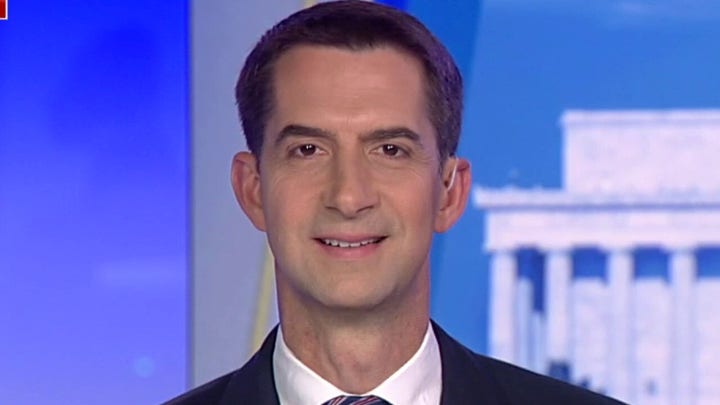