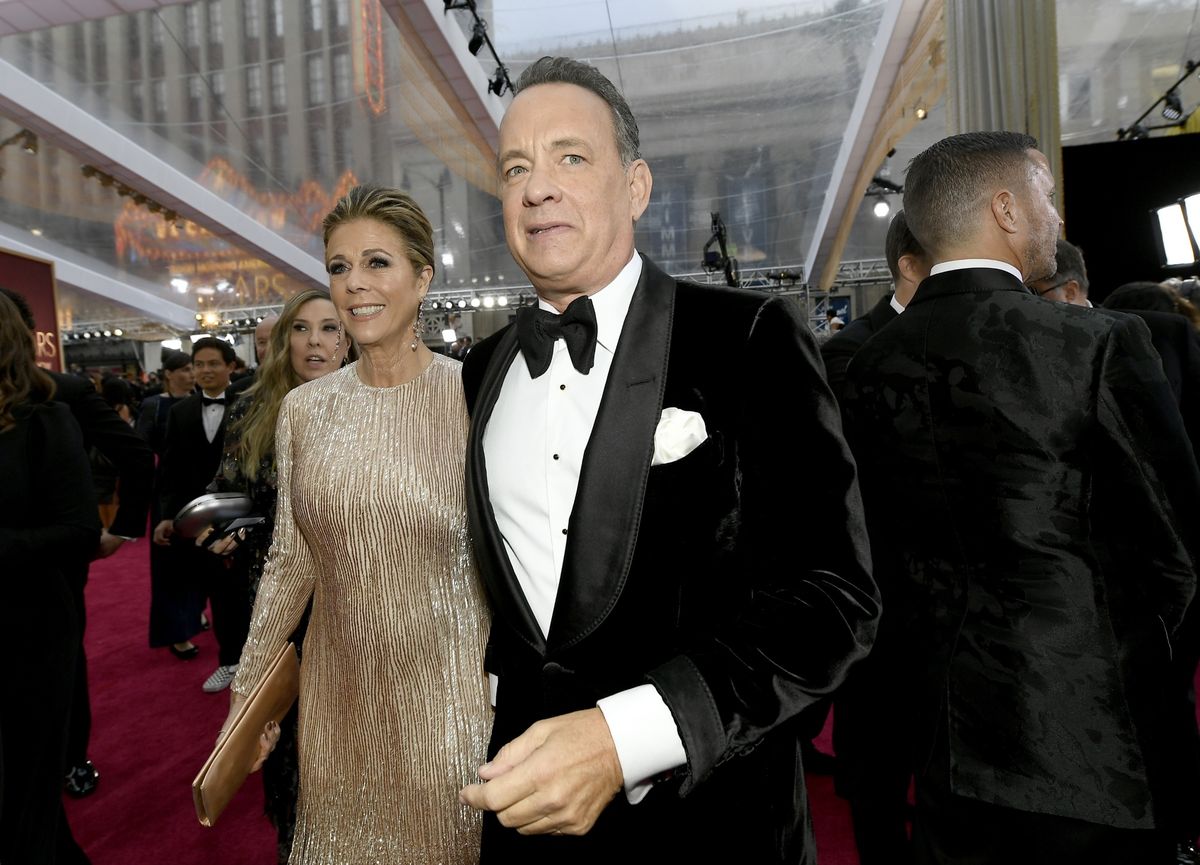 In a few dizzying hours, America went from mostly being able to ignore the new coronavirus to finding it inescapable.

On Wednesday evening, Hollywood superstar Tom Hanks revealed he had the virus, instantly become the world’s most famous face of Covid-19, as the disease is known. Around the same time, the National Basketball Association suspended the season after one of its own got a preliminary positive diagnosis. Together, the announcements brought the now global epidemic to the heart of America, targeting two of its biggest havens in times of crisis: entertainment and sports.

While experts had warned that the virus — which has infected almost 125,000 globally and killed more than 4,600 — would begin spreading quickly in the U.S., no one could have predicted how rapidly the outlook would descend.

“This is crazy — this can’t be true,” Dallas Mavericks owner Mark Cuban said courtside after learning that the season was on hold. “It seemed more like out of a movie than reality.”

Everything felt far more routine when the day began. While public-health officials have warned about the risks, the NBA and National Hockey League teams were still holding games packed with spectators. In remarks and tweets, President Donald Trump downplayed the threat of Covid-19, giving a sense of security to many Americans.

College-basketball fans were preparing to crowd into arenas for the National Collegiate Athletic Association’s March Madness tournament, which was set to get underway in less than a week. On Broadway, attendance was holding up. Movie-going has fallen, but not as dramatically as in some countries.

Overseas, sporting events were beginning to bar spectators and cancel more events. But that mood was yet to take hold in the U.S. When the NHL’s Columbus Blue Jackets announced on Twitter that they would defy the governor’s wishes and continue inviting fans to games. Many cheered the move on social media: Sanity had prevailed, they said, and coronavirus fears were overblown.

And then the ground shifted.

It started when the Golden State Warriors announced they would host the first NBA game with no spectators, capitulating to pressure in their hometown of San Francisco. The team tweeted out a picture of an empty Chase Center, the arena where they play, preparing everyone for the eerie reality of a basketball game without the roar of the Warriors’ legendarily loud fans.

A bigger shoe soon dropped. The NCAA said that March Madness will shut the door to spectators in games that spanned 14 cities. Only essential staff and limited family will be allowed in arenas, an attempt to contain a virus that has stricken more than 1,200 Americans. The same will be true for the women’s basketball tournament and other upcoming college championship events.

“While I understand how disappointing this is for all fans of our sports, my decision is based on the current understanding of how Covid-19 is progressing in the United States,” NCAA President Mark Emmert said. “This decision is in the best interest of public health, including that of coaches, administrators, fans and, most importantly, our student-athletes.”

The hashtag #MarchSadness began trending on Twitter. But the revelations were just beginning.

Throughout the day, teams and leagues reversed course — in some cases, very swiftly.

Take the Big Ten athletic conference, which was holding its own college-basketball tournament.

Around 3:10 p.m. New York time, the Big Ten sent out a statement saying it would be continuing its tournament in Indianapolis as planned. By 6:40 p.m., organizers had changed their minds and said games would be held without fans on Thursday.

The Ivy League, meanwhile, canceled an entire season of sports. It called off spring athletics, meaning lacrosse, softball and baseball players will not be competing this year.

“It is not feasible for practice and competition to continue,” the league said.

E-sports events in Activision Blizzard Inc.’s Overwatch League were canceled for the next two months. The XFL’s game this weekend in Seattle will take place without fans. And Big3, a three-on-three basketball league backed by Ice Cube, said its summer season would be moved to an “intimate, controlled Los Angeles venue.”

The sports world seemed to be preparing for a new reality of spectator-free events when another shock hit. A player for the NBA’s Utah Jazz received a preliminary positive test for coronavirus, just before the team was about to play. The player wasn’t in the arena at the time, but the game was scrubbed and the whole season was halted.

“The NBA will use this hiatus to determine next steps for moving forward in regard to the coronavirus pandemic,” the league said.

Ironically, the member of the Jazz diagnosed was identified by ESPN as Rudy Gobert. The center had tried to demonstrate that virus fears were overstated, making a show of touching every microphone and recorder while discussing the situation with the media, which had been barred from NBA locker rooms.

The team later described him as suffering from an “illness,” and the NBA didn’t confirm that he was the player with the virus.

Around the same time, the coronavirus entered the celebrity realm. The Oscar-winning Hanks, 63, tweeted that he and wife Rita Wilson had tested positive while in Australia for a movie shoot. The couple sought medical help after experiencing body aches and fatigue, among other symptoms.

It was a double-whammy that lit up social media with shock and condolences.

By the end of the day, Trump too had stepped up his response to the virus. The president said he would significantly restrict travel from Europe to the U.S. for the next 30 days, the administration’s most far-reaching measure yet in the fight against Covid-19.

Earlier Wednesday, National Institute of Allergy and Infectious Diseases Director Anthony Fauci warned that coronavirus cases could explode if Americans are complacent. But it seemed to take an intrusion into sports and culture to truly make the threat feel real.