Tomi Lahren tears into 'crybaby' Gwen Berry: 'Why the heck are you competing on behalf of this country?' 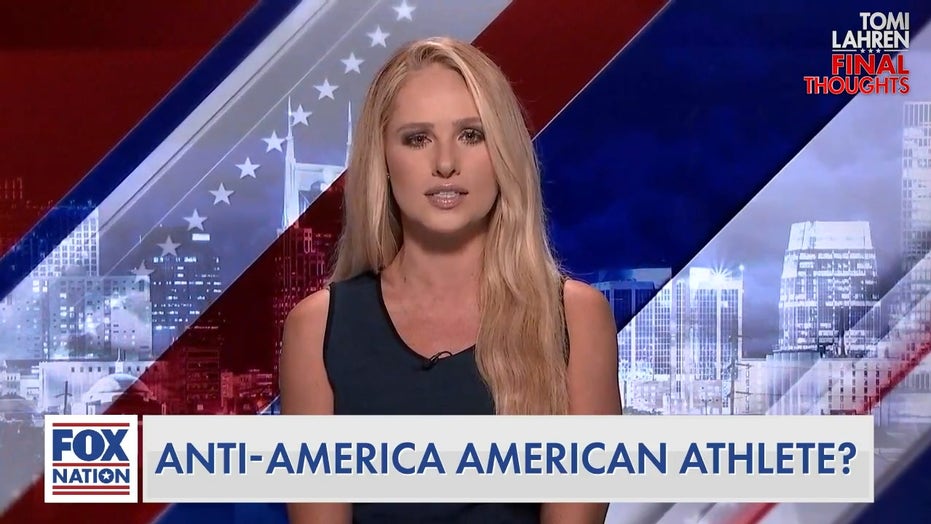 Tomi Lahren tears into ‘crybaby’ Gwen Berry: ‘Why the heck are you competing on behalf of this country?’

Fox Nation host Tomi Lahren pulled no punches responding to U.S. athlete Gwen Berry on Monday after she turned her back on the American flag and protested the national anthem during the U.S. track and field trials a day earlier.

“Not everything revolves around these crybaby athletes and when you compete for Team USA is it really too much to ask that you show a little class and decency?” Lahren said on her Fox Nation show “Final Thoughts.”

Berry, later addressing the incident, claimed she was “set up” and believes the national anthem was played deliberately while she was on the podium to catch her off guard.

But Lahren was having none of it.

“Um, excuse me? You weren’t ‘set up,’ the Fox Nation host fired back. “That’s how these things called American sports work. It’s a tradition that predates and trumps your disdain for American patriotism.”

“Miss Berry,” she went on, “did you think your personal hatred for this country—the country you are competing for and on behalf of- warrants special treatment on the podium? That the other two athletes—who outperformed you by the way—shouldn’t be able to stand on the podium and salute the Stars and Stripes because that flag and anthem trigger you? Or that the organizers should tippy-toe the musical selection to fit your comfort and preference?”

Lahren went on and asked why Berry would want to compete on behalf of the United States.

“Well Miss Berry, that’s too bad so sad! And furthermore, if our flag and our anthem bother you so much-so much so you feel the need to childishly drape a shirt over your head- why the heck are you competing on behalf of this country? In fact, why are you living here at all?” she asked.

Like it or not, U.S. Olympians represent “all of us, of all colors, or all political affiliations,” Lahren argued.

“And similarly, that is what our flag and that National Anthem also represent- Americans of every race, gender, social class and political affiliation who fought and died for this country—especially those who paid the ultimate price and came home under that flag. That’s why we stand. That’s why we salute. That’s why the song and that cloth mean so much,” she said. “Is it really too much to ask these athletes to have a little respect for the country that has afforded them so much?

This Independence Day, Fox Nation is honoring all who have served. All active-duty military and veterans will receive a free 1-year subscription to Fox Nation when they sign up now until July 4th.