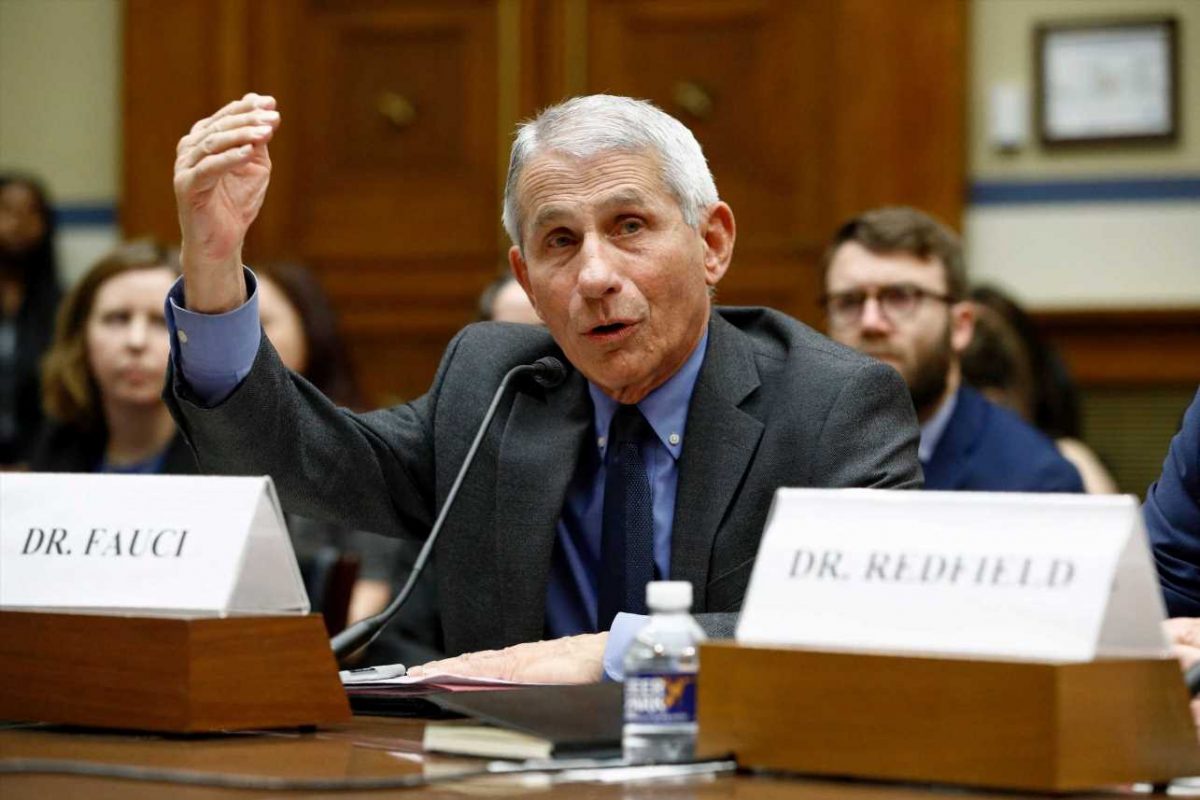 Fauci, the director of the National Institute of Allergy and Infectious Diseases and a member of the White House coronavirus task force, did not mince words during an appearance on Fox News’s “Hannity” on Tuesday night, and gave stark and sobering testimony before House Oversight Committee lawmakers the following day, contradicting several White House talking points.

Host Sean Hannity, who has downplayed the seriousness of the virus and blamed those highlighting its severity as attempting to crush President Donald Trump’s reelection efforts, was dealt some harsh facts by Fauci during their interview.

“So this virus is impacting people with compromised immune systems, underlying other medical conditions are the most vulnerable. What about the other 99%? If people got the virus ― worst-case scenario ― how dangerous is it to them, compared maybe to the regular virus, regular flu?” Hannity asked his guest.

Though 80% of the people infected would get sick but recover, about 15% would experience a significantly higher mortality rate, Fauci said, citing data from China and South Korea.

Fauci reiterated this information Wednesday before House lawmakers in response to a question from Rep. Michael Cloud (R-Texas).

The congressman asked Fauci to compare COVID-19 to other infectious disease outbreaks, such as SARS and the H1N1 influenza (swine flu), suggesting that it was important to find a balance between a proactive response and “instigating overreaction.”

Fauci explained that SARS, also a strain of coronavirus, infected about 8,000 people and killed 775 over the course of roughly a year.

“In the 2½ months that we’ve had this coronavirus, as you know, we now have multiple multiples of that…. So it clearly is not as lethal, but it certainly spreads better.”

The latest World Health Organization data states that there are more than 118,000 confirmed cases of coronavirus and 4,292 deaths since the virus strain was first reported in late 2019.

Factoring for the cases that are minimally symptomatic, or asymptomatic, Fauci estimated the mortality rate from COVID-19 to be 1% ― “which means it is 10 times more lethal than the seasonal flu,” he said.

“No. Absolutely not… The 2009 pandemic of H1N1 was even less lethal than the regular seasonal flu.”

Trump, too, has tried to draw comparisons between COVID-19 and the seasonal flu in an attempt to soften the death toll from the novel coronavirus, tweeting this week that thousands die of influenza each year while only 22 had died from the current outbreak. As of Wednesday, the U.S. has had more than 1,200 confirmed cases and 37 deaths, more than double the number of confirmed cases since Trump’s tweet.

Experts have reiterated that it is unwise to make comparisons between the two viruses and that, although they may present similar symptoms in milder cases, the novel coronavirus does not have a treatment or vaccine.

Last week, Fauci made headlines when he corrected Trump’s claim that a vaccine could be ready in mere months, advising the president that it will likely take at least a year.

He repeatedly delivered information contrary to Trump’s talking points Wednesday, urging “aggressive containment and mitigation” even as the president repeatedly praised his administration’s response to the outbreak and underplayed the dangerousness of the outbreak.