We like how it provides jobs at factories in Derby and Deeside. 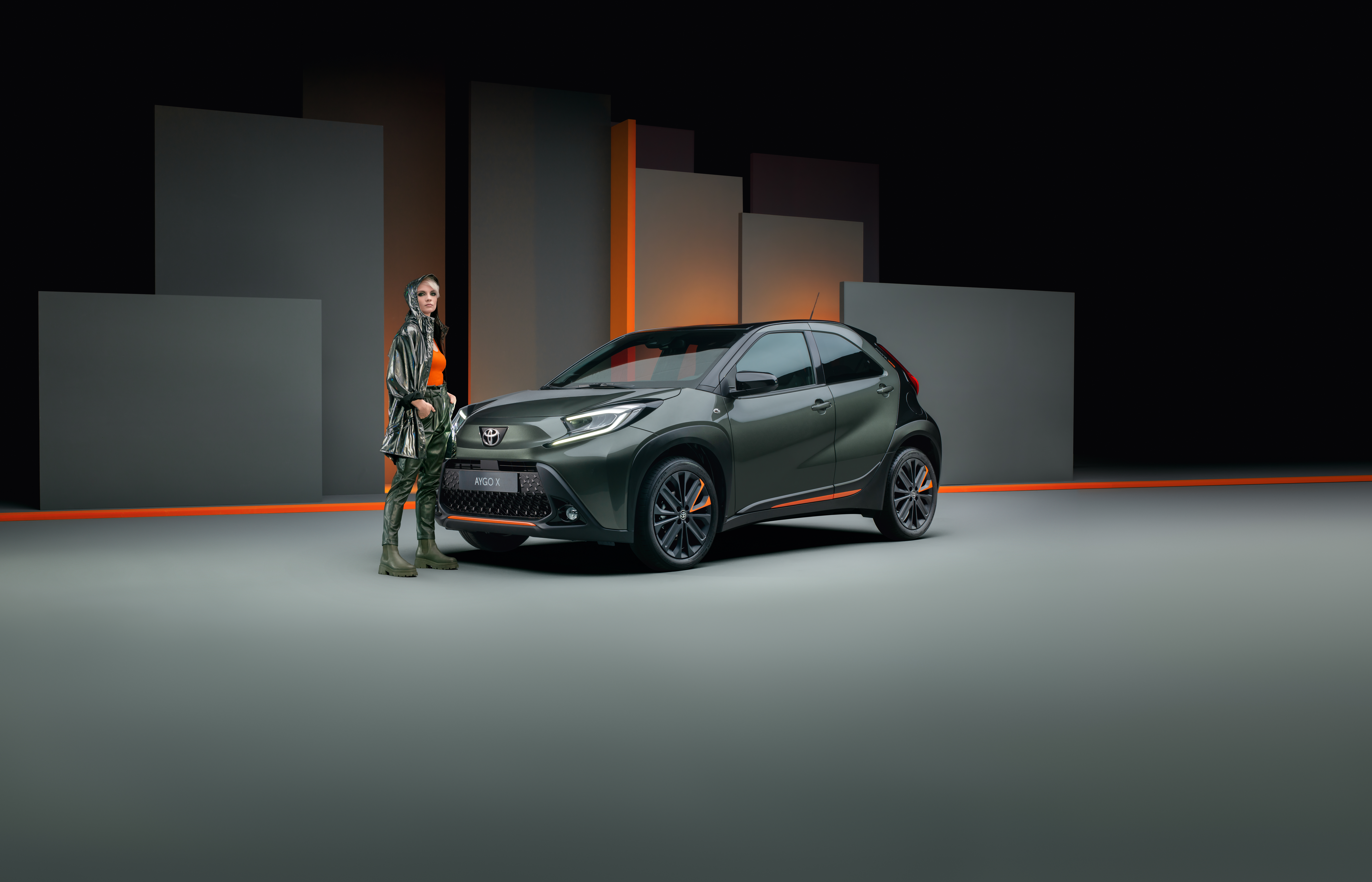 But most of all, we like Toyota because it is still prepared to knock out cheap and reliable cars for all.

It might only have a lifecycle of eight years because of Boris’s 2030 ban on new petrol and diesel cars.

Nevertheless Toyota has completely overhauled its junior car and turned it into a high-riding urban crossover with a canvas electric roof.

Small and cool. For not much at all. Expect finance deals from around £140 a month.

I was speaking to my friend at Toyota and he said it best: “Toyota believes everyone has the right to a new, safe, fun and reliable car.

“Not everyone can afford a plug-in hybrid or electric car.”

So Aygo X is powered by a plucky 1-litre three-cylinder petrol engine that dodges ULEZ charges and returns up to 60mpg.

Six-speed manual or fuss-free CVT for the first time.

How can Toyota continue with small cars while many rivals have axed theirs?

Because Toyota specialises in hybrids and has the lowest CO2 footprint of the big guns in Europe, that allows it to make Aygo X and other fun stuff like the GR Yaris and GR 86.

I should add that Aygo X is Toyota only.

The outgoing Aygo was a rebadged Citroen C1/ Peugeot 108.

But the French are killing off their little petrol cars and Toyota is going it alone.

Which is good because Aygo X will be built on the same platform as the Yaris, the 2021 European Car of the Year, just downsized.

Expect ride comfort and body control to be much improved.

New let’s get the tape measure out.

Aygo X is 3.7 metres long and has a turning circle of just 4.7 metres. Tighter than a puppy chasing its own tail.

You sit 5.5cm higher which doesn’t sound a lot but it gives you a better view of the world around you.

Ground clearance is higher for hopping up kerbs.

Flip the rear seats down and you’ve got a mini skip.

They guide air around the car to help improve fuel economy. Only a smidge but it all helps.

To underline what we said earlier about everyone deserving a decent car, standard equipment on the base Aygo X includes 7in touchscreen, Apple CarPlay and adaptive cruise control.

Top-spec versions get the two-tone paint job, 18in wheels, LED lights, 9in screen, wireless phone charging and a JBL sound system with a subwoofer in the boot.

You don’t need them.

You do need what all versions have and that’s fun and freedom for less than a fiver a day. 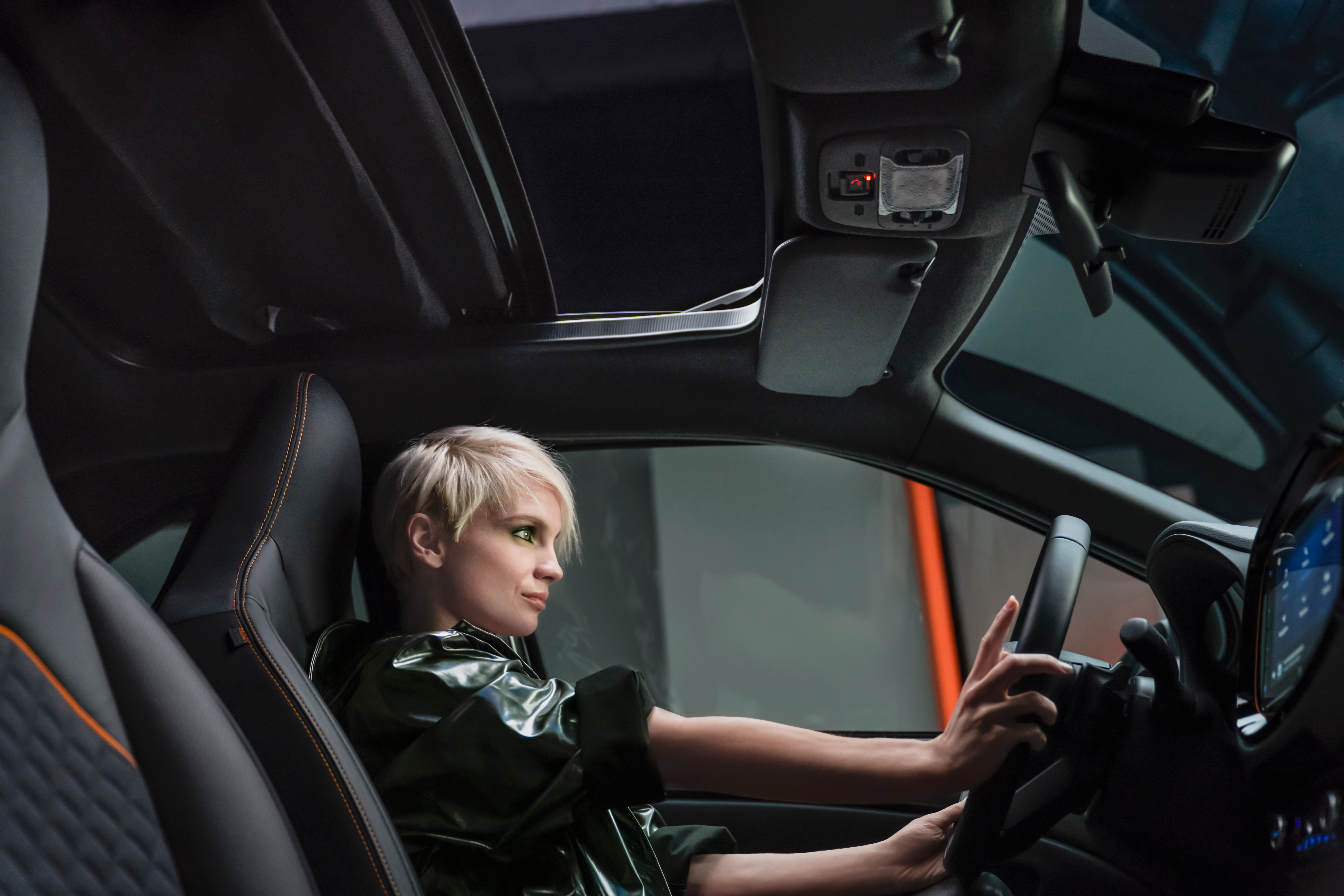 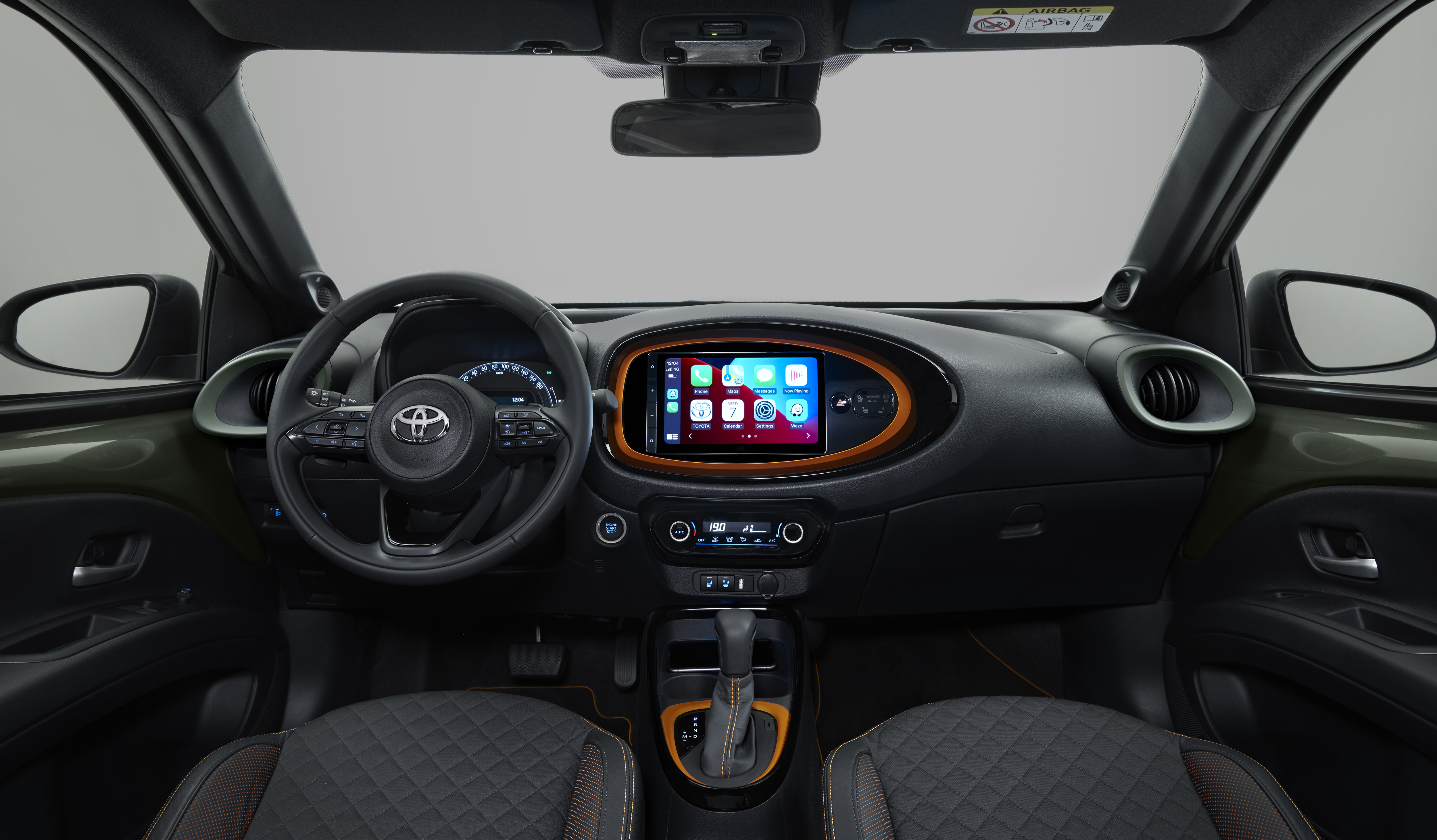 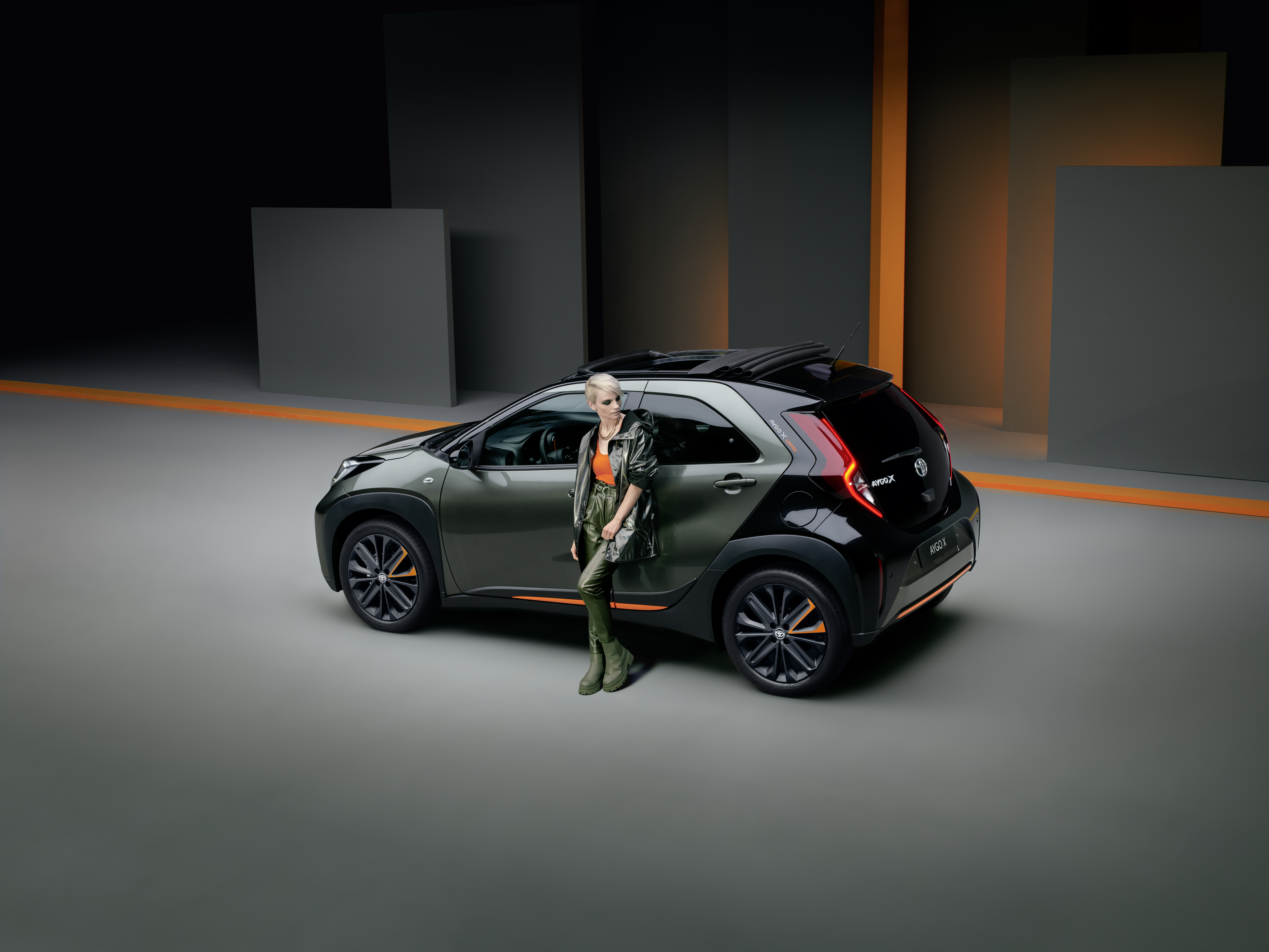