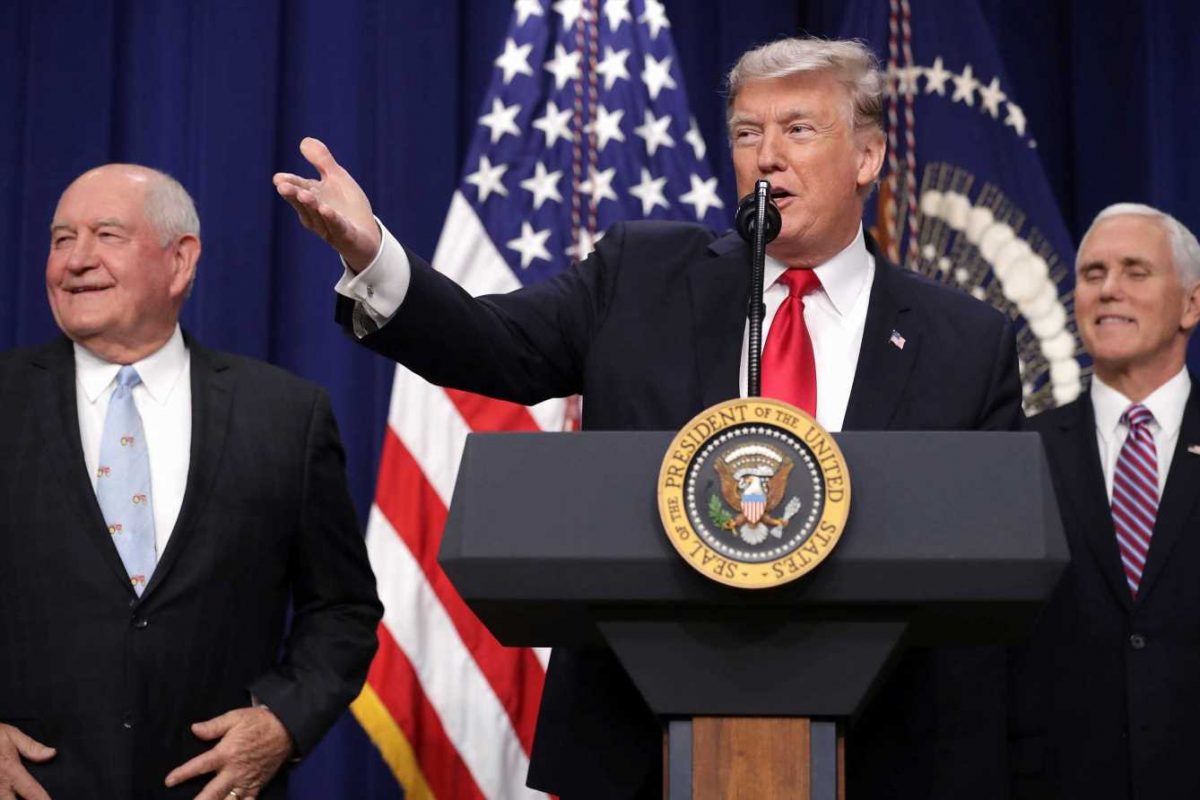 Since last week Democrats have called on President Donald Trump’s administration to delay a planned food benefit cut because of the rapidly expanding coronavirus outbreak, but administration officials have said no.

Starting next month, the U.S. Department of Agriculture will tighten rules for unemployed adults who don’t have minor children or disabilities, a policy that will shrink food benefit enrollment by 700,000, or about 2% annually.

Democrats are planning to vote Thursday on an economic stimulus bill that includes a provision suspending so-called “work requirements” in the Supplemental Nutrition Assistance Program. It’s not clear if the legislation can clear the Senate, however, given Republican opposition to other parts of the bill.

At a Tuesday hearing, Rep. Sanford Bishop (D-Ga.) called the impending food benefit cut “particularly cruel” in light of the coronavirus outbreak that will likely cause large numbers of Americans to lose their jobs or deliberately avoid work to limit the contagion.

In response to Bishop, Agriculture Secretary Sonny Perdue declined to postpone the rule, and on Thursday, USDA spokespeople referred HuffPost back to Perdue’s Tuesday comment.

Perdue said states would have flexibility to waive limits on benefits for “good cause” for people affected by the coronavirus outbreak.

“Obviously if your job says you can’t come to work or you’re sick in that way, that good cause would eliminate need for work requirements under this rule,” Perdue said. “That will be under the discretion of the states to determine that  good cause.”

Unemployed adults who aren’t senior citizens and who don’t have dependents or disabilities represent only about 7% of the 35 million Americans who receive SNAP benefits, which can be used for food at grocery stores.

The Trump rule targeting unemployed adults is one of several cuts to social programs the administration is pursuing through via regulation, without input from Congress. It’s possible that a federal judge hearing a lawsuit over the policy might stop it with an injunction.

In response to the coronavirus pandemic, the USDA announced this week that it would allow schools to continue serving meals to low-income students if their schools close.