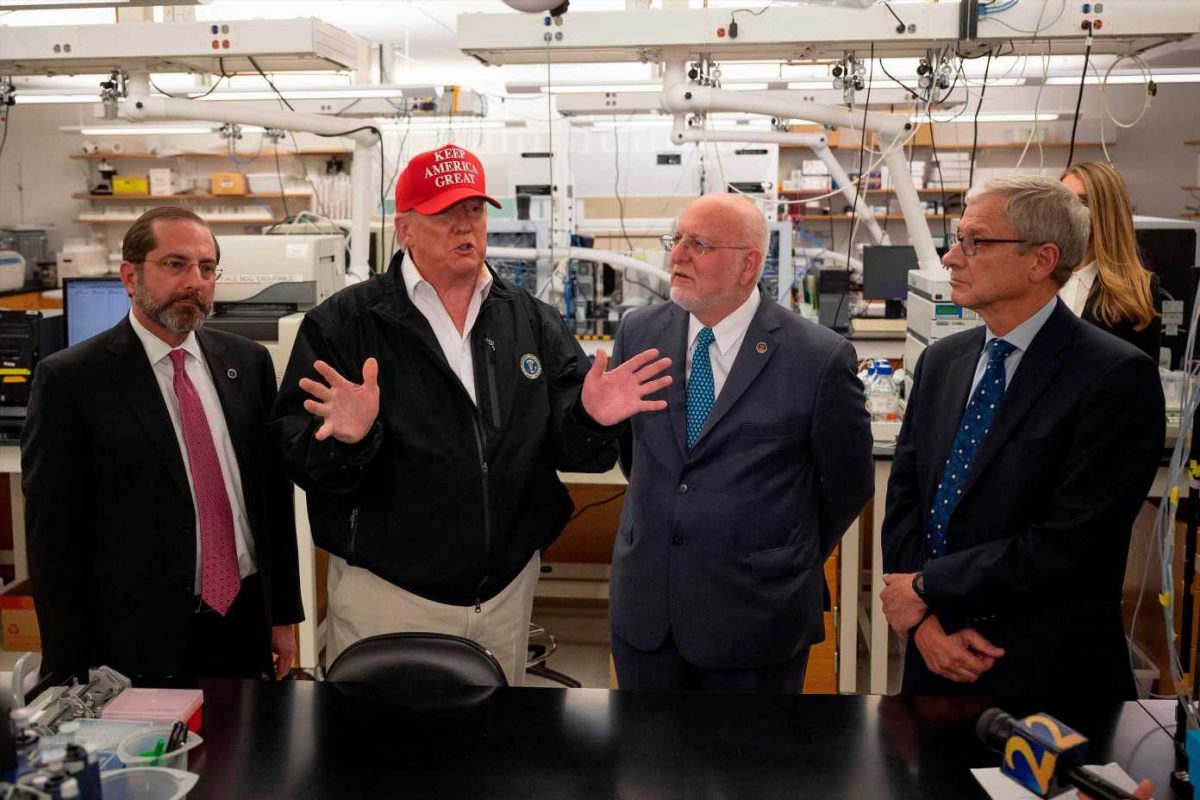 During Trump’s tour of the Centers for Disease Control and Prevention headquarters in Atlanta, a reporter told Trump that Inslee was complimentary of the federal response to the coronavirus, adding: “The governor was a little less complimentary of your response.”

“So I told Mike [Pence] not to be complimentary of the governor, because that governor is a snake — Inslee,” Trump cut in during the press briefing. “If you’re nice to him, he will take advantage.”

Vice President Mike Pence, the lead on the Trump administration’s response to the coronavirus, was in Washington state on Friday.

Adding that “we’ve got a lot of problems” with Inslee, Trump said: “Mike may be happy with him, but I’m not.”

In response to Trump’s remarks, a spokesperson for Inslee pointed HuffPost to the governor’s recent tweet — an apparent “subtweet” of the president: “My single focus is and will continue to be the health and well-being of Washingtonians,” Inslee wrote. “It’s important for leaders to speak with one voice. I just wish the president and vice president could get on the same page.”

Inslee has previously criticized Trump’s response to the virus, tweeting last month that his office’s “work would be more successful if the Trump administration stuck to the science and told the truth.”

The death toll from COVID-19 in the U.S. rose to at least 15 on Friday, with 14 people dead in Washington state, many connected to an outbreak at a nursing home in a suburb of Seattle.

Inslee declared a state of emergency last week and announced Thursday that his government had ordered health insurers in the state to waive deductibles and copayments associated with people getting tested for the virus if a doctor deems the test necessary.

During the same briefing in Atlanta, Trump also spoke of coronavirus tests before veering off on a completely unrelated tangent: “The tests are all perfect. Like the letter was perfect. The transcription was perfect. This was not as perfect as that, but pretty good.”

The president was apparently referring to the transcript of his July phone call with Ukraine that was the subject of an impeachment probe against him. He’s made similar remarks about the call’s transcript being “perfect” in the past. The White House did not immediately return a request from HuffPost for comment.

FDA commissioner Stephen Hahn said in a separate news briefing Friday that in response to high demand from states for more tests, the CDC had developed a “very high quality” swab test and shipped out 900,000 of these across the country on Thursday, with plans for over 1 million more to go out by early next week.