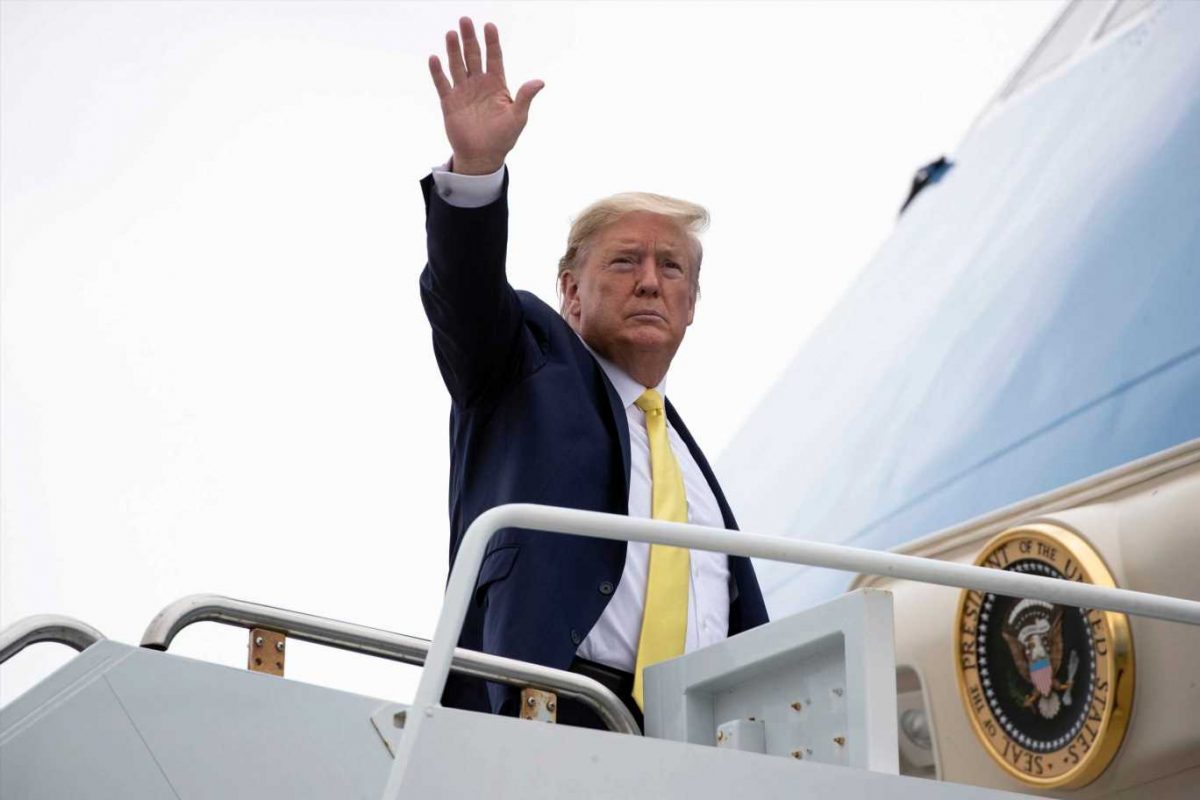 President Donald Trump canceled events in Nevada and Colorado later this week amid growing concerns about COVID-19, the novel coronavirus illness declared a pandemic on Wednesday.

“Out of an abundance of caution from the Coronavirus outbreak, the President has decided to cancel his upcoming events in Colorado and Nevada,” White House press secretary Stephanie Grisham said in a statement. He was scheduled to speak at a Republican Jewish Coalition conference in Las Vegas this weekend and stop in Denver as well, The Hill reported.

The decision came shortly before Trump addressed the nation about the rapidly spiraling coronavirus, which has resulted in the infection of more than 1,200 people so far within the United States. The president said he was banning noncitizens from traveling to the U.S. from Europe for 30 days in an attempt to stave off more infections, but he failed to speak about the availability of testing across the country amid reports that not enough kits are available and that some hospitals are running out of supplies.

The decision came the same day the World Health Organization declared the spread of the virus a pandemic after saying it had killed more than 4,000 people and infected at least 113,000 around the globe.

Efforts to address the virus reached a fever pitch on Wednesday as the NBA suspended all future games indefinitely after one of its stars tested positive for the virus. Italy expanded its whole-country quarantine, shuttering all stores except grocers and pharmacies. And in Australia, actors Tom Hanks and wife Rita Wilson said they had tested positive for coronavirus.

The Trump administration has so far declined to say if the president plans to cancel his campaign rallies as the 2020 election moves into a new phase.

“The president is the best authority on this issue. He takes into consult the words of everyone around him,” Kayleigh McEnany, a Trump campaign spokeswoman, told Fox Business Network this week. “Right now, we’re proceeding as normal.”