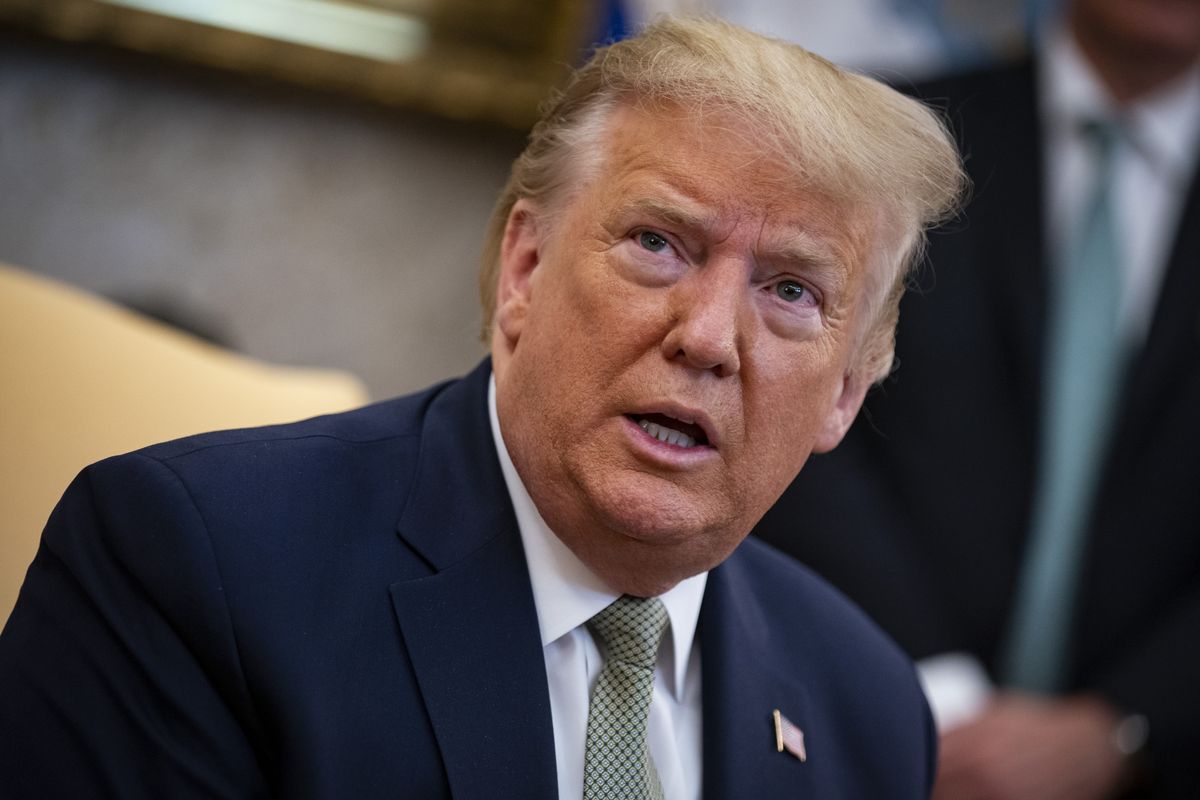 President Donald Trump doesn’t need to be tested for the coronavirus right now, even after reports that he attended a dinner with a close aide to Brazil’s president who was positive for the virus, the White House said.

Trump can be seen in a photograph standing directly next to the official, Fabio Wajngarten, communications secretary for Brazil’s Jair Bolsonaro, who dined at the president’s Mar-a-Lago resort in Florida on Saturday.

Wajngarten had his diagnosis confirmed by a second test on Thursday, according to a statement from the presidential palace on Thursday. The White House, though, said it was still waiting for “confirmatory testing” results.

“Exposures from the case are being assessed, which will dictate next steps,” White House Press Secretary Stephanie Grisham said in a statement.

“Both the president and vice president had almost no interactions with the individual who tested positive and do not require being tested at this time,” she said. “There is currently no indication to test patients without symptoms, and only people with prolonged close exposure to confirmed positive cases should self-quarantine.”

Earlier Thursday, Florida Senator Rick Scott announced he would self-quarantine out of “an abundance of caution” after meeting the same Brazilian delegation, saying he was in the same room as Wajngarten, but doesn’t believe he interacted with him.

Senator Lindsey Graham, a South Carolina Republican, was also at the Mar-a-Lago gathering and announced Thursday that he has decided to self-quarantine. Graham had no recollection of direct contact with Bolsonaro or the official who tested positive, the senator’s office said in a statement.

“This is a precautionary measure. He will continue to work from home,” Graham’s office said.

Trump was asked by reporters on Thursday about the Wajngarten case, and said he wasn’t sure if the press aide was at the dinner with Bolsonaro.

“If he was there, he was there. But we did nothing very unusual. We sat next to each other for a period of time, had a great conversation,” Trump said Thursday morning at the White House, referring to Bolsonaro. “He’s doing a terrific job in Brazil and we’ll find out what happens. I guess they’re being tested right now.” He later added: “I’m not concerned.”

On Tuesday, Trump said he didn’t need to be tested for the virus after being in contact with Republicans who quarantined themselves out of concern they might be infected.

Can't sleep? This band-aid-like sleep tracker can help find out why

Wallpaper: ‘Do’s and don’ts’ when DIYing to ‘do a room justice’ – top tips
Recent Posts