Trump speech at Michigan rally interrupted by ‘We love you’ chant 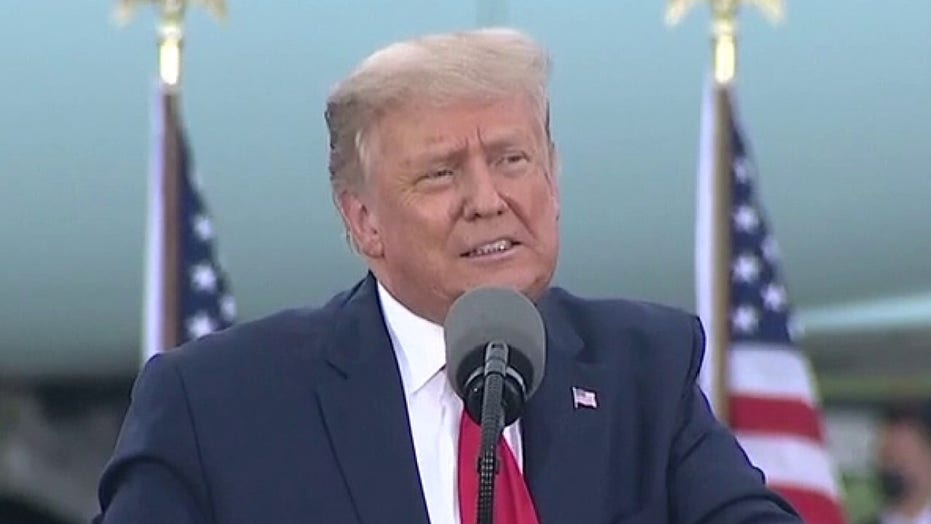 President Trump's speech during a rally on Thursday in Freeland, Mich., was briefly interrupted by supporters who chanted, “We love you,” while the president was at the podium.

Trump, who is famous for rarely showing emotion, could be seen taking a step back from the rostrum while he seems to collect himself. He tried to make light of the moment and pretended to wipe away tears over the crowd’s gesture.

Trump told the crowd that a similar chant broke out during a recent stop in North Carolina.

Trump visited the battleground state as the election season is in full swing. The Detroit News reported that Trump won Michigan by 10,704 votes in 2016, when he defeated Hillary Clinton. His speech on Thursday took place outside an airport hangar and lasted about an hour and 15 minutes.

Trump had been criticized by Democrats in the state for holding the rally.

"He’s willing to put his supporters at risk if it helps him get re-elected," Rep. Dan Kildee, D-Flint, told the paper.