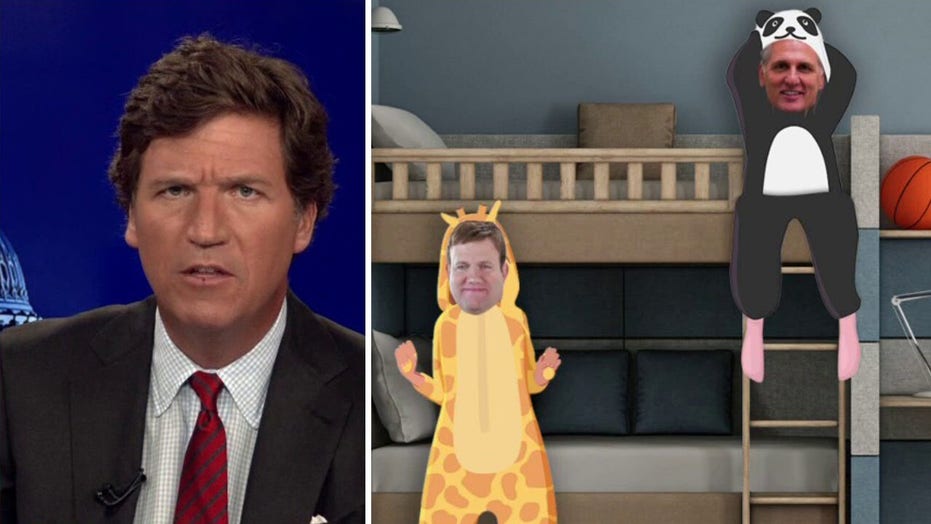 Tucker Carlson explained on his show that he received a tip from someone he considered ‘reliable’ that House Minority Leader Kevin McCarthy was living with pollster Frank Luntz. Last week, the ‘Tucker Carlson Tonight’ host laced into the pollster question why he ‘remained a fixture’ in Republican politics.

TUCKER: Over the weekend, we got a call from a source who said that, in fact, Frank Luntz and Kevin McCarthy are not simply friends, they’re roommates. Kevin McCarthy lives in Luntz’s apartment in downtown Washington. That’s what we were told, and honestly, we did not believe it. The top Republican in the House lives with a Google lobbyist? Come on. Even by the sleazy and corrupt standards of politics in Washington, that didn’t seem possible. In fact, it sounded like a joke.

This morning, since we heard it we called to check with Kevin McCarthy’s spokeswoman, and when we raised this she all but chuckled at the suggestion, “No when he’s in Washington,” she told us, “Kevin McCarthy rents hotel rooms, or sleeps in his office in the Capitol. He certainly isn’t living with Frank Luntz.” Okay, and that seemed logical to us, but we did press a little bit because we got the tip from someone reliable and we just wanted to be sure. So the spokeswoman said she would get back to us.

Two hours later, we got this text. Quote: “Following up on our conversation from earlier today. Because of the pandemic, McCarthy has rented a room in Washington at a fair market price from Frank.”