Twitter is opening its exclusive audio chat rooms to more people, and hosts can soon collect money on ticket sales

Twitter began testing the offering in late 2020 with a small number of users and will now allow all accounts with at least 600 followers to host Spaces. The feature allows Twitter users to set up live audio conversations and broadcast them to listeners.

The company said it decided to limit hosting privileges to accounts with 600 or more followers after observing months of beta testing and getting feedback from users. 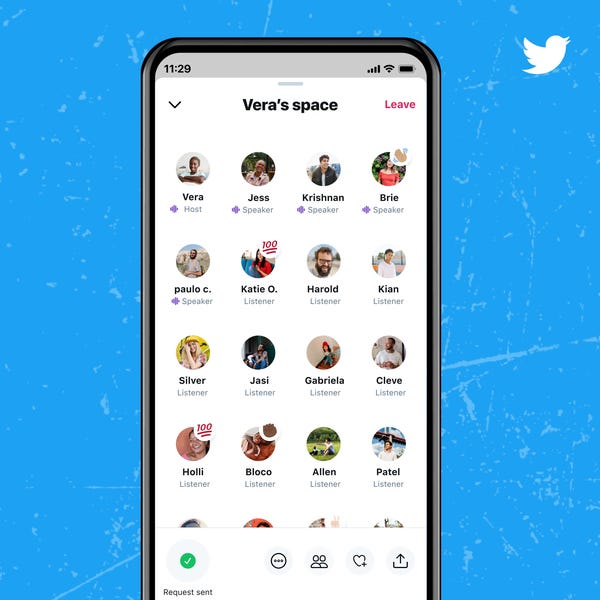 “Based on what we’ve learned so far, these accounts are likely to have a good experience hosting live conversations because of their existing audience,” the company said. “Before bringing the ability to create a Space to everyone, we’re focused on learning more, making it easier to discover Spaces, and helping people enjoy them with a great audience.”

Read more: LinkedIn is testing a Clubhouse competitor as the audio space heats up. Here’s a mock-up of the feature.

Twitter said it plans to add features including a way for hosts to earn money off of ticket sales — something Clubhouse doesn’t offer. In the future, hosts will be able to set prices and the number of tickets available, and Twitter will take a slice of the proceeds. Some users will gain this capability in the coming months, Twitter said.

Twitter will also introduce improved live captioning and the ability to co-host Spaces.

The launch comes as several tech companies look to replicate Clubhouse’s epic rise in the live-audio space. In recent months, the once-exclusive app has exploded in popularity for facilitating discussions between Silicon Valley CEOs and other cultural figures, but its growth has slowed as of late.

Facebook and Discord have already launched similar audio platforms, and LinkedIn is working on one.