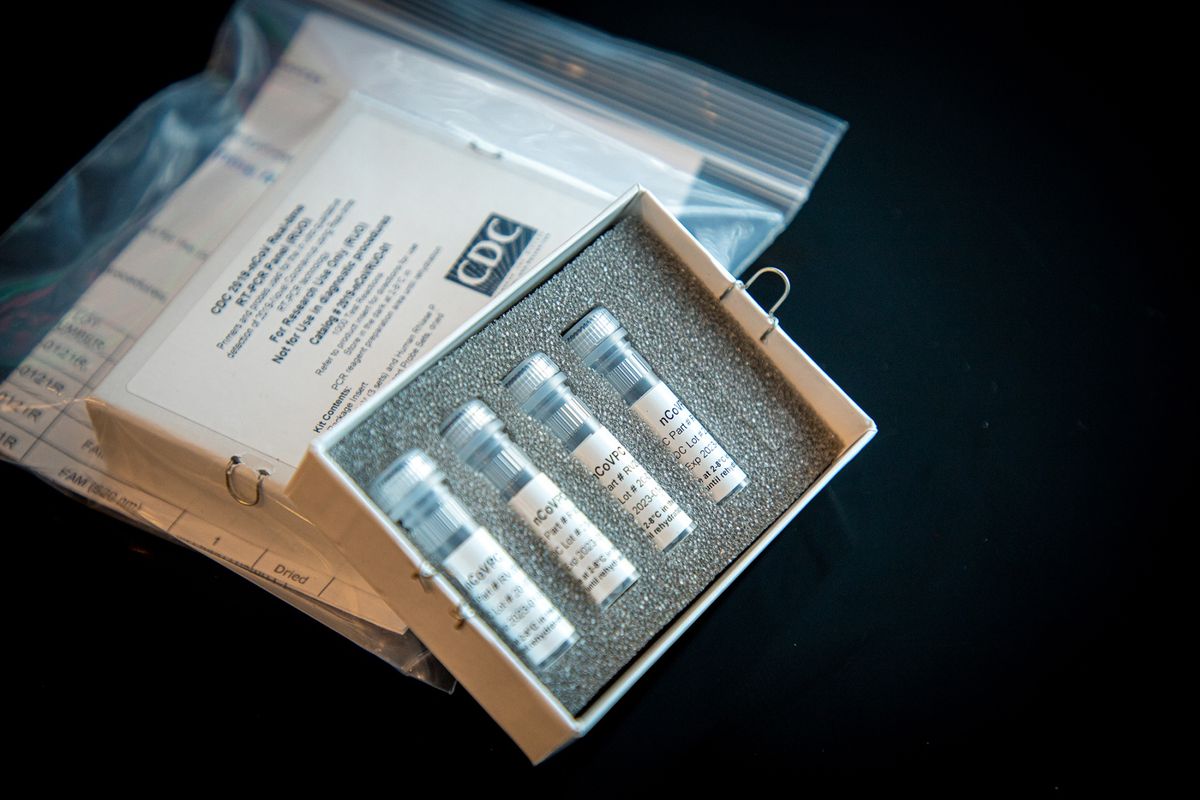 The U.S. has tested fewer than 6,000 samples from Americans suspected of coronavirus infection, the FDA commissioner acknowledged, as top federal health officials struggled to explain the government’s difficulty creating a diagnostic tool to contain the disease.

FDA Commissioner Stephen Hahn said the federal government doesn’t know how many individual Americans have been tested for the infection. The number is less than the 5,861 specimens tested, because each patient requires between two and 20 tests to confirm a diagnosis, he said at a briefing for reporters at the White House on Saturday.

As cases multiply, the U.S. response is set to ramp up substantially, Hahn and Health and Human Services Secretary Alex Azar said. About 1.1 million tests have been shipped since last week and another 1 million are being prepared, Hahn said, allowing for more than 851,000 patients to be screened for the virus.

Aggressive containment of the virus and the “localized community mitigation effort” that’s under way, as well as keeping “as much of it off-shore as possible,” may make some projected test capacity unnecessary, Azar said.

“It may be that one has surplus capacity,“ he said.

There are 376 cases of the virus in the U.S., according to Johns Hopkins University, but experts say there are likely many more that have gone undiagnosed because of a severe lack of testing for the infection. A U.S.-developed test was plagued by problems for weeks, and has put health workers on the back foot in their efforts at containing known clusters of infections.

Hahn said 48 states now have labs able to test for the new coronavirus, including New York and California, which he said have “everything they’ve asked for in terms of diagnostics.” By comparison, South Korea has tested some 179,000 people for the virus since it spread from China in January, Azar said. Maine and West Virginia still lack local testing, he said.

Azar batted away questions about whether the Centers for Disease Control and Prevention were slower off the mark than health officials in other countries, saying it couldn’t “put out a test that’s not valid.” Officials don’t have a full picture of nationwide testing because commercial labs aren’t required to report to the federal government, a spokesman said.

“Most Americans don’t need to change their day to day lives,” Azar said in Washington, adding that the risk for most of the population “remains low.”

While federal officials have said that the capacity to test hundreds of thousands of people is rolling out soon, there’s been a significant bottleneck in getting the tests distributed and up and running. For example, in New York City, where there are 11 diagnosed cases, less than 100 people had been tested as of noon Friday, according to a city website.

There are no drugs or vaccines know to be effective against the new coronavirus. Without widespread testing, health workers on the ground can’t identify new cases and isolate them — a key step in stopping new infections.

Trump named Hahn to lead the FDA last year. He took over from former commissioner Scott Gottlieb, who has been a regular presence on Twitter and television urging more testing for the virus, and warning that the situation in the U.S. may be more serious than some people realize. Hahn is part of the coronavirus task force set up by the administration to respond to the virus.

The FDA helps oversee not only the development of drugs and vaccines, but also medical diagnostic tests. On Feb. 29, the agency said it would let some organizations and companies developing their own tests start using them, without first seeking FDA approval.

For most people, symptoms of the virus appear akin to a cold or flu. For the elderly, or people with underlying health conditions, it can be far more dangerous, and in some cases deadly. An outbreak in Washington state centered around a nursing home has resulted in more than a dozen deaths so far.