US commanders interacting with Taliban leaders, 'no threat' by group to airport evacuation: Pentagon 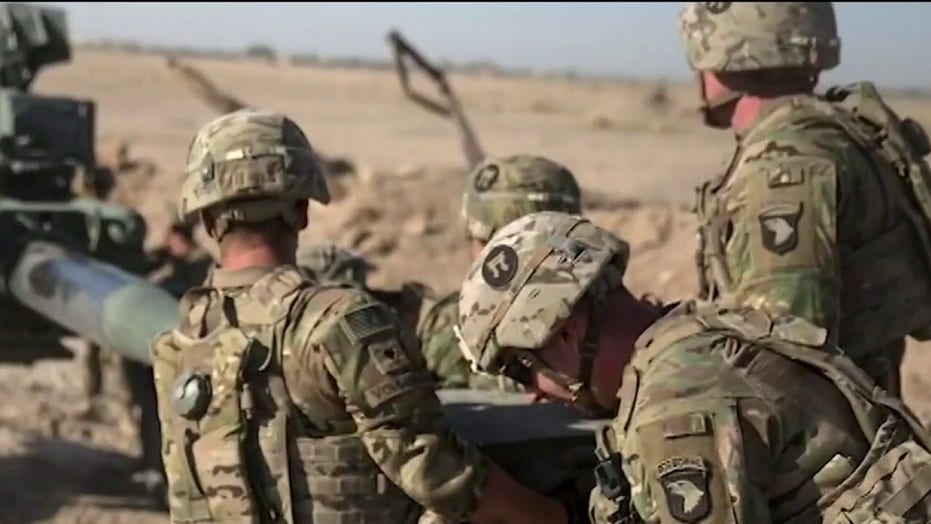 More US troops expected to arrive in Afghanistan tomorrow

U.S. commanders are interacting with Taliban leaders in Afghanistan amid the mission to evacuate Americans and Afghan allies from Kabul, the Pentagon said Tuesday, maintaining that, at this point, there has been “no threat” made by the extremist group.

U.S. commanders “are charged with making sure this is a safe and secure environment, and we trust them to have the interactions they feel they need to have to ensure that, in every aspect across the whole spectrum of what this mission requires of them, that they can do it safely and efficiently, and in an orderly manner,” Kirby said.

Kirby elaborated on the “assessed threat” at this point, saying that the U.S. has “had no hostile interactions, no attack and no threat by the Taliban.”

“We remain vigilant,” Kirby said, adding that the Pentagon has “not experienced any additional security incidents” at the airport.

Flights were temporarily suspended from Kabul’s airport on Monday as U.S. forces attempted to gain control of the crowd of Afghans desperate to leave the country. Civilian and military flights from the airport resumed Tuesday.

“I want to reinforce that we are focused on the present mission to facilitate the safe evacuation of US citizens, SIVs and Afghans at risk to get these personnel out of Afghanistan as quickly and as safely as possible,” Kirby said. “That mission has not changed. The mission is of historical significance and it is incumbent upon us to be resolute in the protection of American and Afghan lives.”

The Pentagon added that approximately 500 to 600 Afghan national security forces are assisting with airport security, and a White House official said that over the last 24 hours, the U.S. has been able to move more than 700 people out of Afghanistan, including 150 American citizens.

The official said the State Department has sent messages to some American citizens in Afghanistan sharing information with them on how to safely assemble at the airport for flights out.

Kirby said the U.S. has been able to bring in about 1,000 more U.S. troops, bringing the total footprint to roughly 3,500. The White House official told Fox News that more U.S. troops will arrive in Afghanistan Tuesday and Wednesday.

Despite the Pentagon’s assurances that there has been “no threat” by the Taliban to the U.S. mission, former senior defense officials in contact with commanders on the ground in Kabul have told Fox News that the Taliban “has a ring outside of the airport and won’t let anyone inside it.”

“The big issue here is that no people outside of the Taliban ring will get in,” an official told Fox News. 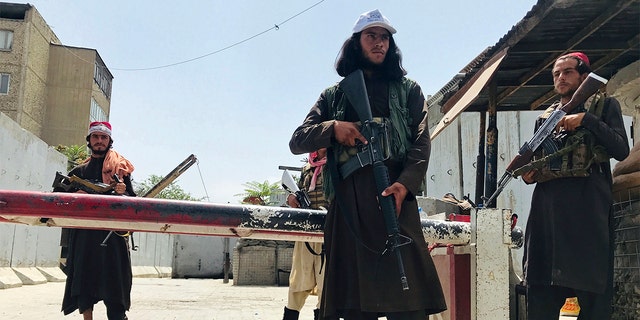 Taliban fighters stand guard at a checkpoint near the US embassy that was previously manned by American troops, in Kabul, Afghanistan, Tuesday, Aug. 17, 2021.
(AP Photo)

And an Afghan former State Department contractor told Fox News that Taliban fighters have established checkpoints throughout the city and around the airport.  Some, he said, are beating people on the way to the airport.

When the former contractor encountered a checkpoint, the Taliban guard let him go but warned him not to leave the country: “You can go, don’t run away,” he said.

Sources also have told Fox News that the Taliban are going through neighborhoods looking for those who worked with the U.S. government.

President Biden and the Pentagon, though, have warned the Taliban that any threat to the U.S. mission would be met with a swift response.

“Any attack on our people, or on our operations at the airport, will be met with a swift and forceful, an unambiguous response,” Kirby said during an interview on Tuesday. “And I think I’m just gonna leave it at that.”