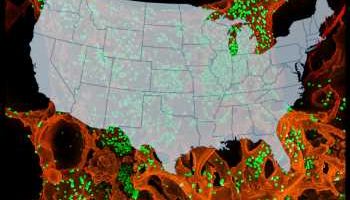 US Toughens Guidelines On Coronavirus

The U.S. Government announced new tougher guidelines for its citizens to follow over the next 15 days to slow the spread of the coronavirus.

In a White House briefing President Donald Trump urged people to avoid gathering in groups of more than 10.

The new social distancing recommendation comes a day after the U.S. Centers for Disease Control and Prevention said public gatherings should be limited to 50 people.

Trump said his administration is also recommending that all Americans should avoid discretionary travel; work or attend school from home whenever possible; and avoid eating and drinking at bars, restaurants, and public food courts.

The president acknowledged that the COVID-19, which has killed 85 people and infected more than 4,660 others in the United States, could plunge the nation into a recession.

Trump announced that a corona vaccine candidate has begun the phase one clinical trial. “We’re also racing to develop antiviral therapies and other treatments. And we’ve had some promising results to reduce the severity and duration of the COVID-19 symptoms,” he told reporters.

Asked if he plans instituting a nationwide lock-down, Trump replied, “We’ll be looking at that. But at this moment, no, we’re not.”

Responding to another question, the President said that the trajectory of the COVID-19 outbreak may go until July.

Trump met the media after speaking with the leaders of the G7 nations and U.S. state governors.

Dr. Deborah Leah Birx, who is the coronavirus response coordinator for the Task Force, urged the American people to confine gatherings to under 10 people, not just in bars and restaurants, but in homes too.

If one person in a household becomes infected, the whole household should be self-quarantined for 14 days, according to her.

Meanwhile, the Centers for Disease Control and Prevention Monday confirmed the first case of COVID-19 among its employees. Laboratory testing done at CDC confirmed the diagnosis, and the individual is isolated to prevent spread of infection to others.

A new poll found the people’s confidence in the Trump administration’s response to COVID-19 is declining sharply. Only 46 percent of Americans who took part in the NPR/PBS NewsHour/Marist poll say the federal government is doing enough to prevent the spread of coronavirus.