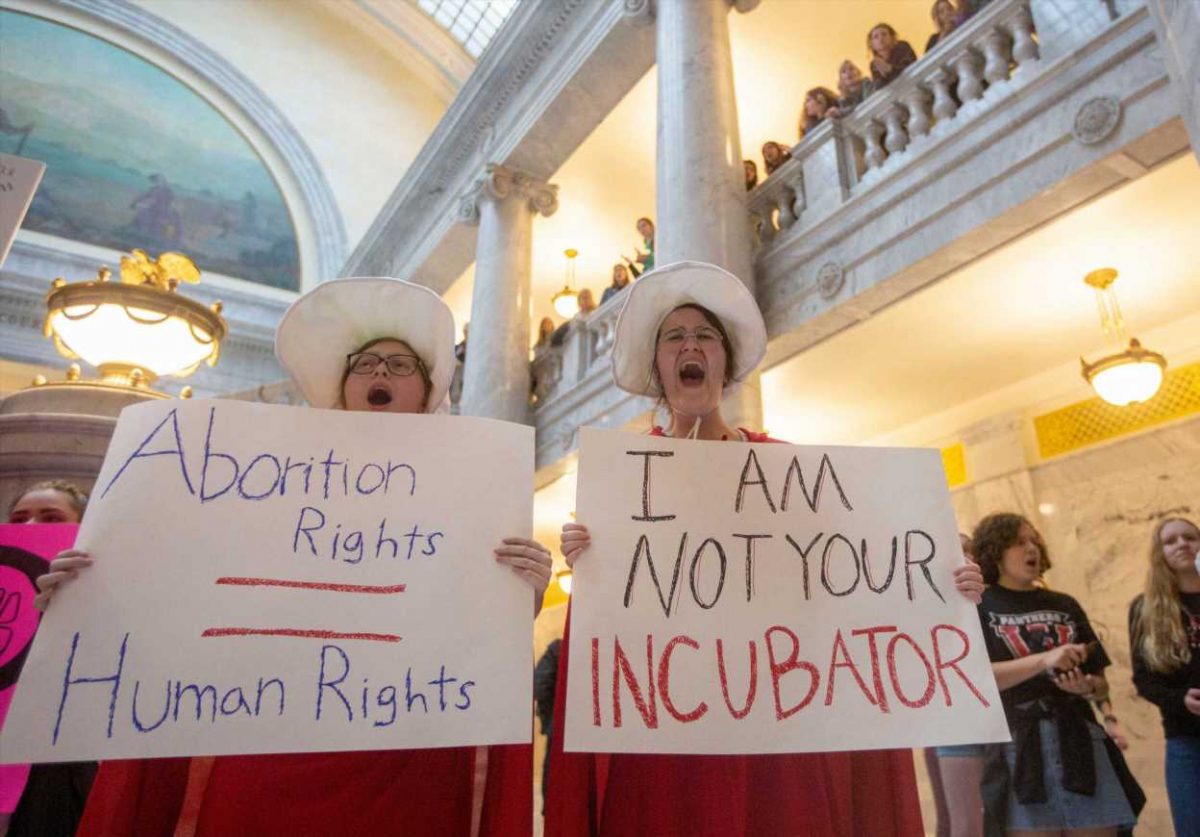 Medical providers in Utah will be required to bury or cremate fetal tissue after an abortion or miscarriage under a bill that passed the state legislature on Friday.

Reproductive rights groups say the legislation, now on its way to Republican Gov. Gary Herbert’s desk, will make it harder for abortion clinics to operate and will impose additional emotional and financial stresses on their patients.

If the bill becomes law, medical providers will start asking women how they want to dispose of fetal tissue after an abortion or miscarriage, either by burial or cremation. Women will likely incur the associated cost.

Herbert is currently reviewing the bill and has not indicated if he intends to sign or veto it.

Utah only has two abortion clinics left in the state. Both told HuffPost they were confused by the bill and unclear how to comply. They would likely have to enter into vendor relationships with funeral homes, which may feel pressure from anti-abortion groups not to cooperate.

Karrie Galloway, the president of Planned Parenthood Association of Utah, which operates one of the abortion clinics, said that under current rules, clinics send fetal tissue to a pathology lab for examination before it is turned over to processors who handle disposal.

If women want to make special arrangements for the fetal tissue to be buried or cremated, they can already do so.

“The only thing the sponsor (of the bill) has done is taken away one of the woman’s choices,” she said, which is to have the tissue disposed of as is standard practice across the country. “What is very clear about this bill is that the woman has to pay. It’s another burden that the woman takes on.”

At Wasatch Women’s Center, an abortion clinic in Salt Lake City, a representative who declined to use their name said that it was clear the goal of the bill is to discourage women from getting an abortion.

“In the 18 years I’ve never had a woman ask me if she could take her tissue home,” the staffer wrote in an email. “Doing a burial would cost the women more money. Most of them hardly have enough money to pay for the abortion.”

The bill impacts both abortion clinics and hospitals where an abortion or miscarriage may occur. Just under 3,000 abortions occurred in Utah in 2017, according to the Guttmacher Institute. It is unclear how many miscarriages occur at medical facilities each year.

The bill does not cover miscarriages at home. A woman who has a medication abortion at home has the right to return the fetal tissue to the abortion clinic for a burial or cremation, but is not required to do so.

The sponsor of the bill, state Sen. Curt Bramble (R), says the legislation is needed to make sure hospitals and clinics are handling fetal tissue in a “respectful and dignified manner — as they would with other deceased patients.”

Women are not required to state their preference for burial or cremation, he said in a phone call with HuffPost, but they will be asked. “This bill doesn’t impose anything on the woman,” he said. “If she does not want to make a choice, she can ignore it.”

Cremation or burial “does not appear at this point to impose significant additional costs,” he added. But one estimate has put the overall cost of statewide compliance for medical providers at $1 million.

Utah’s legislation was modeled on an Indiana law that the Supreme Court upheld in 2019. Louisiana, Arkansas and Texas have fetal remains laws that have been blocked amid lawsuits.

“These regulations have nothing to do with public health or patient health,” she said. “They have everything to do with trying to find ways to make it hard to keep the clinic doors open.”

Lauren Simpson, the policy director at Alliance for a Better Utah, said the bill is really about bolstering legal support for banning abortion in the state.

“That has always been the true purpose of the bill, and it’s using women’s experiences with miscarriage as well as abortion as political pawns to that end,” she said. “Some patients are definitely going to be traumatized by this. It’s imposing a politician’s extreme ideological agenda on to one of the most personal and sensitive experiences a person can have.”