Hearing implant maker Cochlear is facing a $438 million hit after losing an appeal of a patent infringement decision in the United States.

The company announced on Tuesday that the US Court of Appeals had upheld a decision by the US District Court to award $US268 million ($438 million) in damages to two competitors: Alfred E. Mann Foundation for Scientific Research (AMF) and Advanced Bionics. 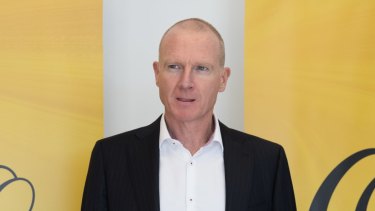 News of Cochlear's legal loss came a day after the group issued its second coronavirus-inspired earnings downgrade, amid calls in the US and Europe for hospitals to delay elective surgery where possible to free up the health system for an influx of patients. The company withdrew its guidance on Monday after predicting in February it would suffer a $30 million profit hit and reducing its guidance to between $270 million and $290 million for the current financial year.

Cochlear plans to cover its legal cost with bank loan facilities that have been set aside by the company in case their appeal was not successful.

"We believe the amount of damages awarded is out of proportion with the limited application of the patented feature," Mr Howitt said.

"We are very disappointed with this decision, but inflated damages awards are a risk of patent disputes in the US."

The company will seek a complete review of the entire case – known in America as an "en banc review" – by the full Court of Appeals.

Cochlear's legal bill could end up topping $750 million if the US District Court agrees to award AMF and Advanced Bionics interest and costs. "Cochlear has opposed both applications and the calculation methodology," the company said in an ASX announcement.

"Confirmation that the widespread cancellation of elective surgery due to COVID-19 will impact Cochlear sales was unsurprising in light of the previous revisions to guidance to allow for lost Chinese sales," Mr Low said.

"However, management’s prediction of a slow recovery and the permanent loss of some sales was more concerning."

AMF welcomed the ruling saying it was "gratified" by the decision.