Foxtel has signed a new distribution deal with entertainment giant ViacomCBS that will allow the News-Corp controlled pay TV company to air children's brand Nickelodeon on its upcoming streaming service. 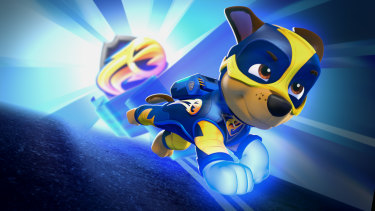 Foxtel sources indicated a number of recent licensing deals signed by the company, such as its recently extended Discovery deal, will also have content on the online service. But they indicated not every program that was available on Foxtel's set top box would be available on the entertainment service. Discovery content is also expected to appear on free-to-air television, with Nine Entertainment Co in discussions with the company about a new digital channel called Rush. Nine is the owner of this masthead.

Projects Ares, a streaming service that has been in the works for more than one year, is expected to include a range of drama and entertainment content when it launches around May. Nine's streaming service Stan and Foxtel are both in discussions for content from US entertainment giant HBO. Foxtel currently has the exclusive rights to air HBO content in Australia, a deal with two years left to run that it is hoping to extend.

The latest deal comes after Nickelodeon Australia owners Foxtel and ViacomCBS agreed to an extension of the joint-venture.

Foxtel and ViacomCBS' venture includes all of Nickelodeon’s businesses in Australia including pay TV, merchandising and licensing deals with hotels and theme parks like SeaWorld, but Foxtel is the driver of most revenue for the business. Nickelodeon titles are also available on Stan, Netflix and Amazon Prime in Australia.

ViacomCBS, which also owns Network Ten, is making a number of changes in the market. Last week chief executive Paul Anderson, who is also a director of Nickelodeon Australia, announced he would be leaving the company. Two co-leads of ViacomCBS Australia were appointed: Ten's chief content officer Beverley McGarvey and KordaMentha partner Henriette Rothschild.

For the year ending September 2018, Nickelodeon Australia reported a profit of $26.7 million and revenue of $45 million.