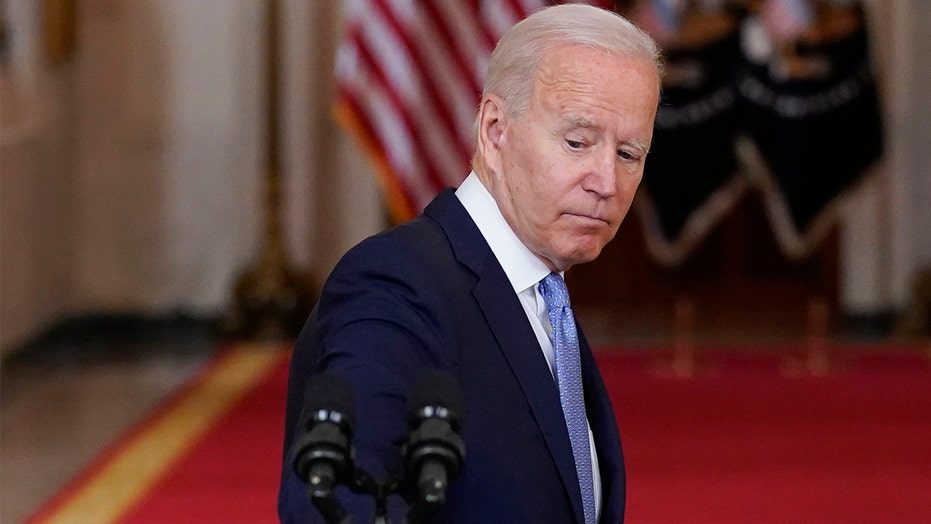 Biden repeatedly walked away from reporters’ questions during Afghanistan crisis

Over a period of more than two weeks, President Biden ignored or shot down questions from reporters about the Afghanistan crisis at least seven times.

Over the last two tumultuous weeks for his administration, President Biden walked away or ignored reporters’ questions on Afghanistan at least seven times following prepared remarks.

In speeches on Aug. 16, Aug. 18, Aug. 23, Aug. 24, and Aug. 31, Biden walked quickly away from shouted questions from reporters about Afghanistan after prepared remarks, some of which didn’t concern the chaotic troop withdrawal and its aftermath.

On Saturday, he told a reporter he wasn’t supposed to take questions following remarks about Hurricane Ida, agreed to take one anyway, and then wouldn’t answer when it concerned Afghanistan.

After an Oval Office meeting on Aug. 27, a masked Biden ignored shouted questions at him about Afghanistan following brief remarks by him and Israeli Prime Minister Naftali Bennett.

The White House, Pentagon, and State Department have continued to hold briefings, and Biden has taken some questions on the crisis, including last week following the terrorist suicide bombing outside Kabul’s airport that killed 13 U.S. service members.

“I bear responsibility for fundamentally all that’s happened of late,” he said.

Biden’s faced some of the sharpest criticism of his presidency over his handling of the U.S. troop withdrawal from Afghanistan. The rapid takeover by the Taliban as the U.S. rushed to meet its deadline to get out militarily caught the administration off guard.

Biden’s also faced criticism over the terrorist suicide bombing last week in Kabul that killed 13 U.S. service members, his demeanor with family members of the fallen troops, and his broken promise to evacuate all Americans, Afghan allies, and third-country nationals before ending the U.S. military mission.

He’s remained defiant, however, about his decision to end the 20-year war. In his speech on Tuesday, Biden rejected criticism that the evacuation process could have been done more smoothly and laid partial blame on the Trump administration’s Taliban peace deal negotiations.

“We no longer had a clear purpose in an open-ended mission in Afghanistan after twenty years of war. I refuse to send another generation of America’s sons and daughters to fight a war that should have ended long ago.”