New York Times getting hit by critics and lawmakers for suggesting U.S. flag is now ‘alienating some,’ NPR decrying the Declaration of Independence as a document with ‘deeply ingrained hypocrisies,’ and an NBC News historian fawning over Biden round out today’s top media headlines

The Washington Post editorial board is calling on the US to “get serious” about the origins of the coronavirus pandemic after the paper previously declared the Wuhan lab-leak hypothesis a “debunked” “conspiracy theory.”

“An impressive roster of political leaders and experts in science and public health have called for a comprehensive investigation of the pandemic’s origins and potential future dangers… Now is the time to turn all the talk into action,” the Post editorial board began its piece on Tuesday, listing President Biden, the G7, the Senate and the World Health Organization’s director-general among them.

The Post called the WHO’s first investigation into the origins “highly unsatisfactory” in part because of China’s “manhandling of the probe” and insisted that Biden’s ordered intelligence review is “hardly enough,” urging him to support an “independent commission” that Congression should join.

“The WHO is working on a Phase 2 investigation plan with its global partners. The WHO is a member organization and lacks muscle but has expertise and relationships. China’s intransigence is not going to disappear. But the WHO should try again,” the editorial board wrote. “It might usefully draw from the world’s best and brightest specialists, and seek to engage China at the level of science first, perhaps wrapped in a longer-term project to create a structure and incentives for global disease tracking and cooperation.”

The board continued, “If China continues to resist, then independent investigations should proceed without it. The more time that passes, the harder it will be to find the truth. No opportunity should be missed to draw lessons from a global catastrophe that has taken nearly 4 million lives.” 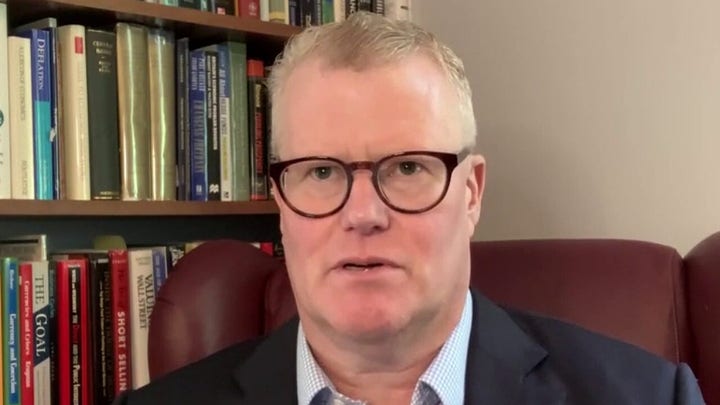 The Washington Post piece, titled “Where did covid come from? We need to get serious about finding out,” stands in stark contrast with a report the paper published in February 2020, which the headline read, “Tom Cotton keeps repeating a coronavirus conspiracy theory that was already debunked.”

In recent months, members of the media have begun to take the possibility that the pandemic stemmed from a leak at the Wuhan Institute of Virology seriously amid new developments that support that theory.

Last month, the Post issued a correction 15 months after it knocked the GOP senator for suggesting the theory in the early months of the outbreak.

“Earlier versions of this story and its headline inaccurately characterized comments by Sen. Tom Cotton (R-Ark.) regarding the origins of the coronavirus,” the correction read at the top of the report. “The term ‘debunked’ and The Post’s use of ‘conspiracy theory’ have been removed because, then as now, there was no determination about the origins of the virus.”

The headline was changed to “Tom Cotton keeps repeating a coronavirus fringe theory that scientists have disputed.”