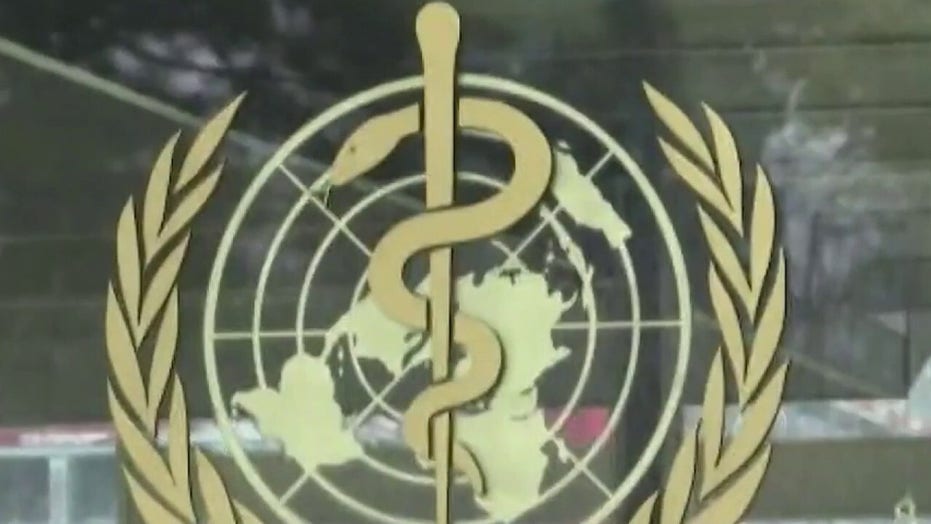 Washington Post columnist Josh Rogin blasted The New York Times over the weekend for declaring the theory that the coronavirus emerged from a Wuhan lab to have been “debunked.”

Except the theory was never actually debunked, despite claims from the Chinese government and the much maligned World Health Organization.

Rogin, the author of the book “Chaos Under Heaven: Trump, Xi, and the Battle for the 21st Century,” panned the article’s revised headline, which read, “The C.D.C.’s ex-director offers no evidence in favoring speculation that the coronavirus originated in a lab.”

“They are bending over backwards to defend one theory over another. It’s the opposite of objective,” Rogin reacted Sunday.

“It’s the worst case of confirmation bias in the media I’ve ever seen,” he continued. “They think they know something so they reject any new information that contradicts whatever they already think. It’s really bad.”

He later tweeted, “To anyone saying there is a ‘scientific consensus’ about the origin of the coronavirus – Robert Redfield is a scientist. There is no consensus. Stop writing that falsehood into your stories, please.”

Rogin then engaged in a debate with Times columnist Ben Smith, who argued that the “no evidence” headline was the “right frame” while agreeing with critics who criticized the “debunked” descriptor.

“Worst case of confirmation bias in the media I have ever seen,” Rogin told Smith, who suggested tweets he made last April back up his argument. “It doesn’t matter if what you tweeted a year ago holds up. New information requires re-evaluation. Biden admin confirmed [Trump’s] claims about suspicious activity at the lab. That’s evidence. Not proof but evidence.”

“Is there new information??” Smith asked.

“So much new information. A lot of it,” Rogin replied with a link to his reporting. “Rethink your assumptions and biases. The best way to be right at the end is to be willing to acknowledge you might not have been right at the beginning. It’s ok.”

“I don’t understand the prosecutorial tone!” Smith exclaimed. “I thought, as you wrote in your book, it seemed possible, without evidence, but Trump spin was misleading. There is no new scientific info or intel in your story, just a calmer moment and reporting on current Bidenland thinking.”

“No need to get defensive,” Rogin wrote. “The book lays out a LOT of circumstantial evidence for the Lab Accident Theory. Not proof, evidence. This ‘No evidence’ narrative is wrong. Simple as that. By that standard, there is ‘no evidence’ of any theory at all.”

“And my criticism is not of you, but of all the media today reporting as if the CDC Director stating on the record that he believes the lab accident theory is somehow not very significant and then botching their coverage horrendously at the same time,” the Post columnist continued. “And nobody realizing that meanwhile circumstantial evidence is piling up, including NEW INFORMATION the Trump team released Jan 15 which Biden CONFIRMED that must be cause for more investigation into the lab theory not more over-politicized naval-gazing bulls—.”

Smith still argued that it “seems to me there is no strong evidence for anything” and while he said that “speculation and research” by scientists is a good thing, “the passion on all sides is so totally political that Twitter is probably not where it will be solved.”

Rogin fired back, “Robert Redfield is a scientist. A virologist. Head of the freaking CDC during the outbreak. He saw the intelligence. Dismissing his on the record, detailed explanation why he doesn’t believe the virus could have evolved only in nature as ‘speculation’ is a journalistic atrocity.”

“Atrocity!? I didn’t realize that was such a dirty word,” Smith replied. “OK to call it an unproven theory? I think you’re ignoring the context of Trump’s China hawks overhyping what they had, or maybe you’ve priced that into the market more than others have?”

The Post columnist closed the conversation by urging Smith and “every journalist” to read Adam Grant’s book, “Think Again.”

“It’s really helped me understand why our media environment is so f—ed up right now,” Rogin added.