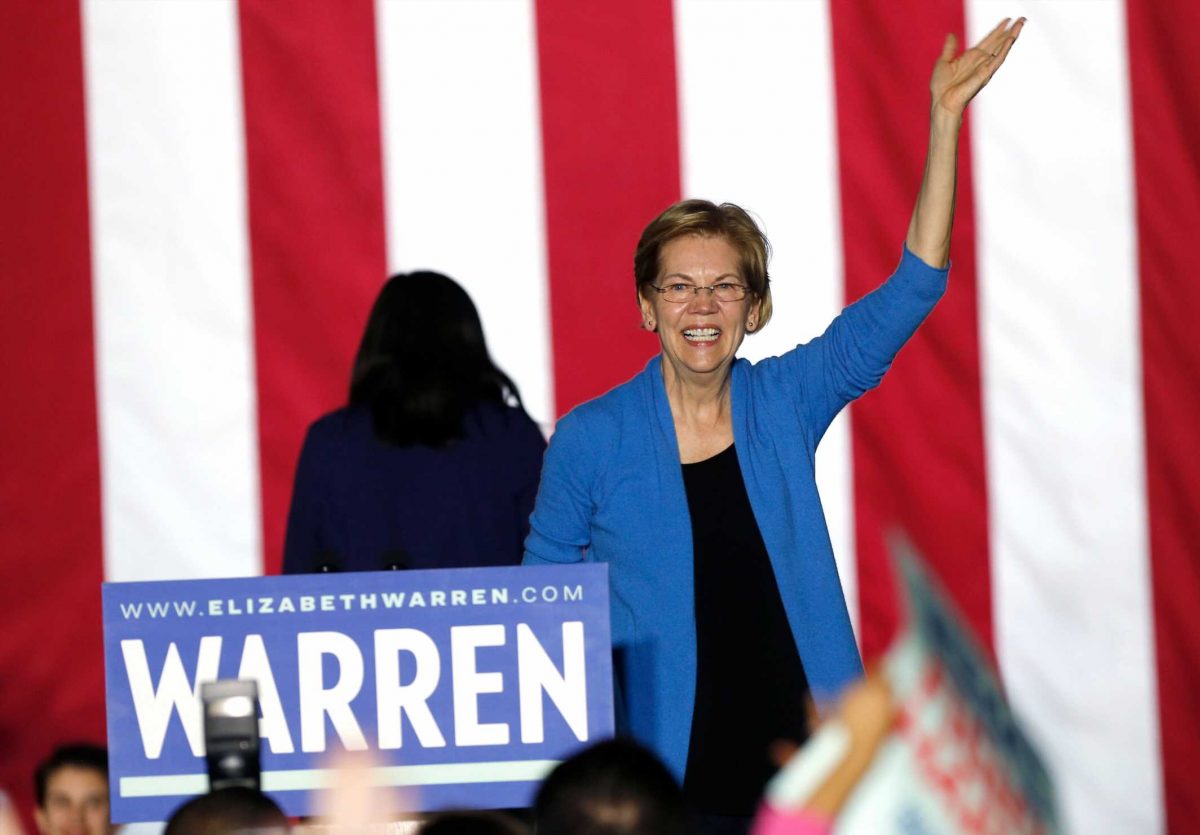 ‘We Persist:’ Warren Says Seeing A Woman President Only A Matter Of Time

Sen. Elizabeth Warren (D-Mass.) said Thursday that despite ending her own bid for the White House, there was still plenty of hope that a woman would be elected president of the United States, “it’s just going to be a little longer.”

Many women were dismayed on Thursday after Warren, struggling after Super Tuesday where she came in third place in her home state, said the numbers weren’t in her favor. Despite being a frontrunner and earning almost sole credit for pushing billionaire Michael Bloomberg out of the race, she wasn’t able to break headway in a field dominated by Sen. Bernie Sanders (I-Vt.) and a resurgent former Vice President Joe Biden.

“One of the hardest parts of this is all of those pinky promises and all of those little girls who are going to have to wait four more years,” the senator, who touted her tour taking more than 100,000 selfies, said during the announcement. “That’s going to be hard.”

(Hawaii Rep. Tulsi Gabbard is still in the race but has failed to make any major splash with only two delegates.)

Maddow asked Warren if her own groundbreaking campaign and its failure to break the male septuagenarian ceiling was troubling, with the host saying that to many: “It feels a little bit like a death knell in terms of the prospects of having a woman president in our lifetimes.”

Warren declined to make an immediate endorsement after ending her bid, but said she Biden was a genuinely “decent” guy and called Sanders her friend of a long time. But she fired off sharp criticism at the Vermont senator’s supporters, saying Sanders is ultimately responsible “for the people who claim to be [his] supporters and do really threatening, ugly, dangerous things to other candidates.”

Warren also cheered her massive field effort and said despite her disappointment, she still had work to do.