NO more flasks or drive-thru lattes.

This beefy pick-up has got its own COFFEE MACHINE and fridge. 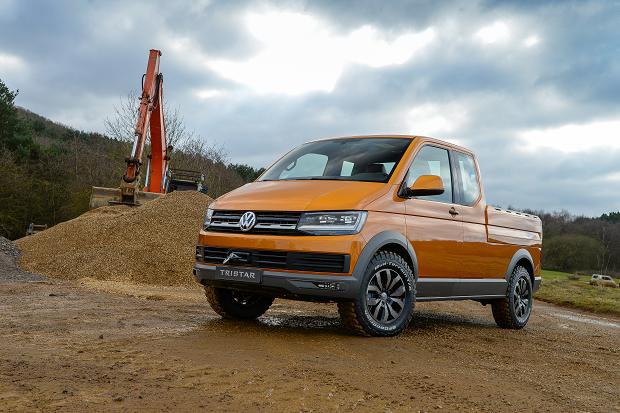 It's also got a 20in tablet table, 3D video conferencing and "turn and slide" soft leather seats for face-to-face business meetings.

Or two-player games of Pac-Man and Asteroids. 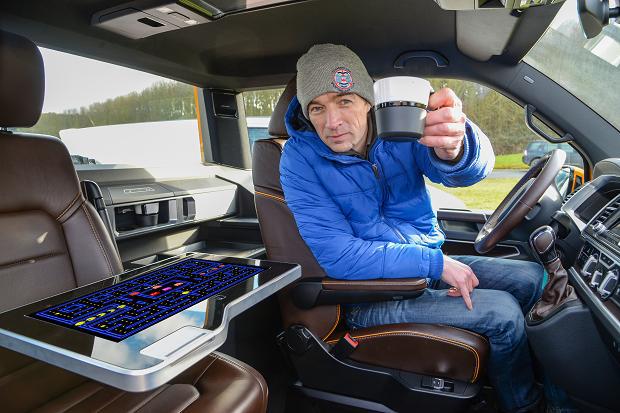 The VW TRISTAR concept is a glimpse of future Transporters — but also a nod to the original T1 pick-up from 60 years ago.

Nothing as radical as this will appear on the new T6, to be revealed shortly, but it will do one day. 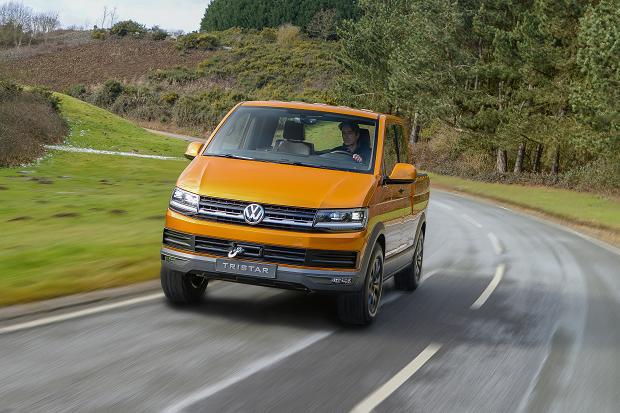 Its adaptive cruise control keeps a set distance from the vehicle in front. So no more tailgating, lads.

Hill descent controls your speed down a steep slope and the rear diff lock should stop you getting stuck off-road. If not, there's a built-in front winch to pull you out.

A huge, watertight storage drawer is hidden under the flat-bed and all three sides drop down for easy loading. A smaller side drawer is perfect for power tools and the roof-mounted rear brake light doubles as a white LED for loading in the dark. 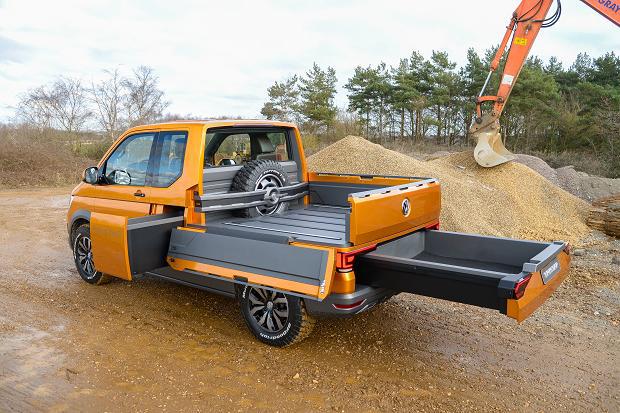 I'm not sure if a builder really needs 3D video conferencing. But it would be good for Skype … as long as you're not talking to Jason Manford. Or Leslie Grantham. 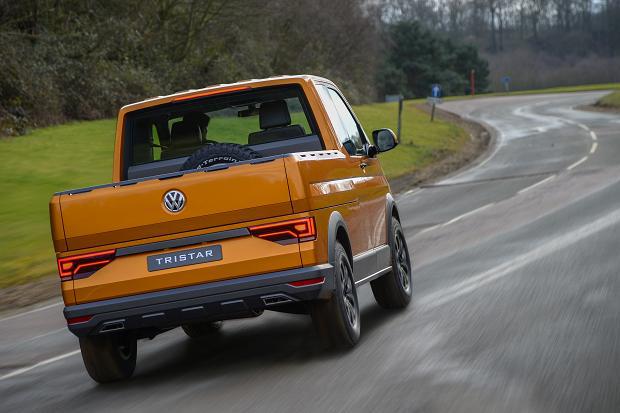 WE LIKE: Coffee machine, clever storage. It's the ultimate mobile office/workhorse
WE DISLIKE: Being teased. Just build it