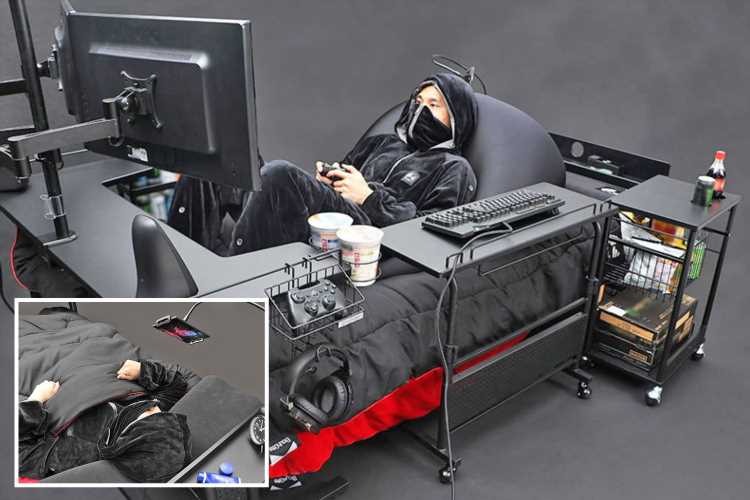 GAMERS no longer have to get out of bed to tuck into their favourite video games.

A Japanese firm is selling a bonkers "gaming bed" with headphone hangers, cup holders and a desk for your PC monitors. 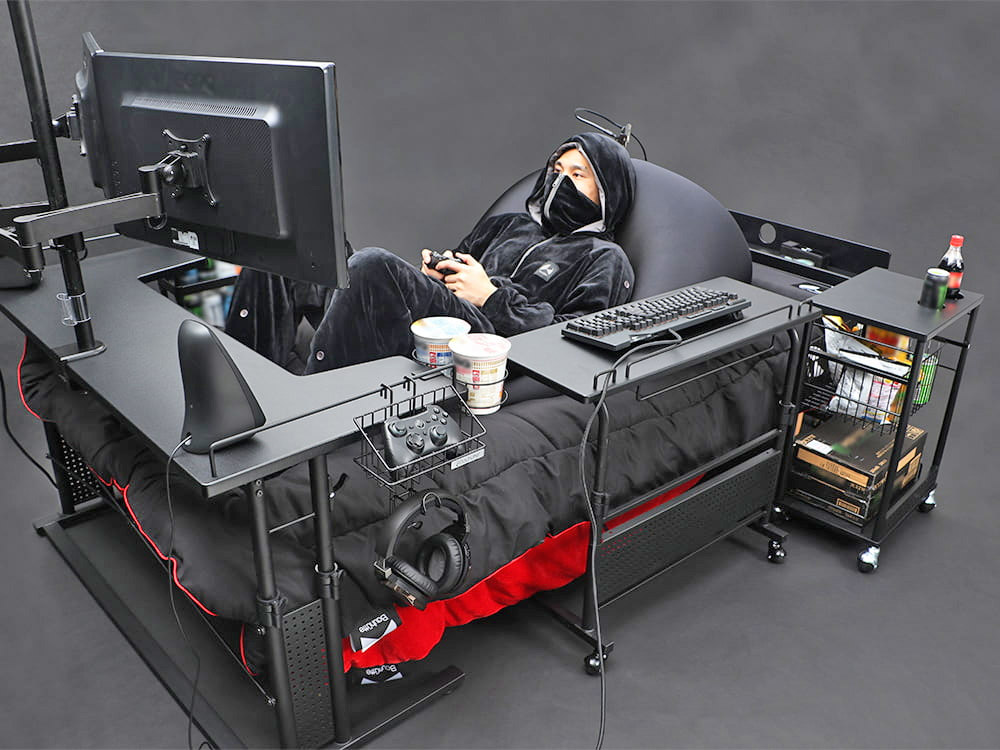 The idea is that geeks who buy the crib won't have to get up and walk over to a desk or sofa to play games.

"I wake up and move from my bed to my desk. Why is that so complicated?" gaming furniture outfit Bauhutte says in promotions for the bed on its website.

True to its promise, Bauhutte's bed allows you to wake up and start gaming without moving an inch. 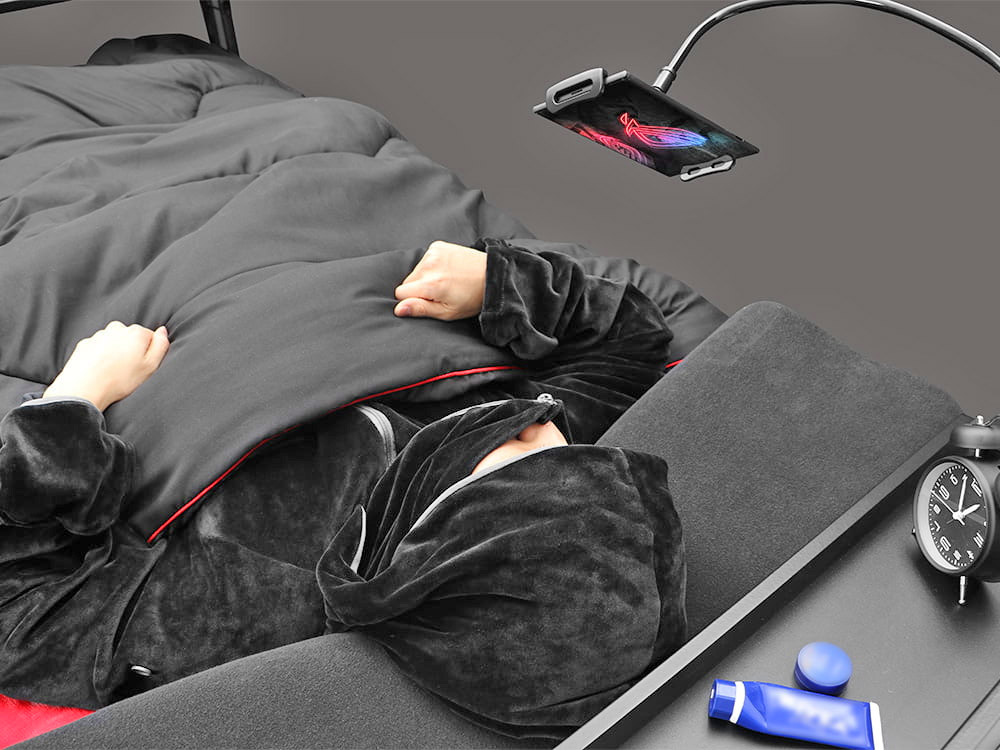 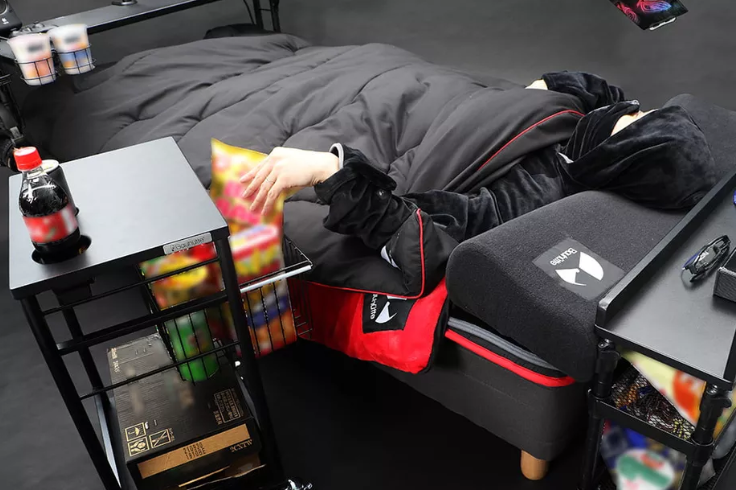 The cot – which unsurprisingly is not wide enough for two – starts at around £470 for the basic version.

For a bed with all the bells and whistles, you're looking at a price tag of a knee-wobbling £820.

That cocoon of holsters and shelves includes a desk, snack drawers, a basket for a controller, a tablet holder and what appears to be an energy drinks cabinet.

Wireframe sections of the contraption are specifically sized to hold instant ramen containers. 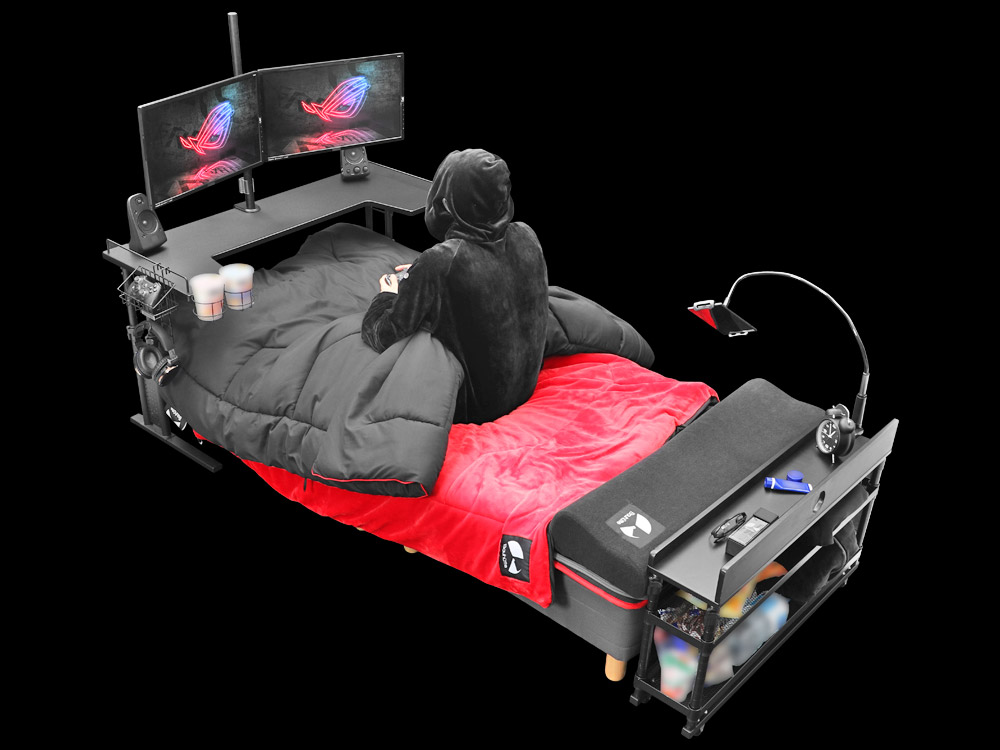 Gamers can hook a console or PC up to a pair of monitors on the desk at the foot of the bed and play away.

Bauhutte even throws in a large cushion to prop yourself up during late-night marathons – they wouldn't want you putting your back out, after all.

The only thing missing is a solution for toilet breaks. You know what they say: Rome wasn't built in a day.

The gaming bed is the latest lavish bit of kit aimed at the world's basement-dwellers. 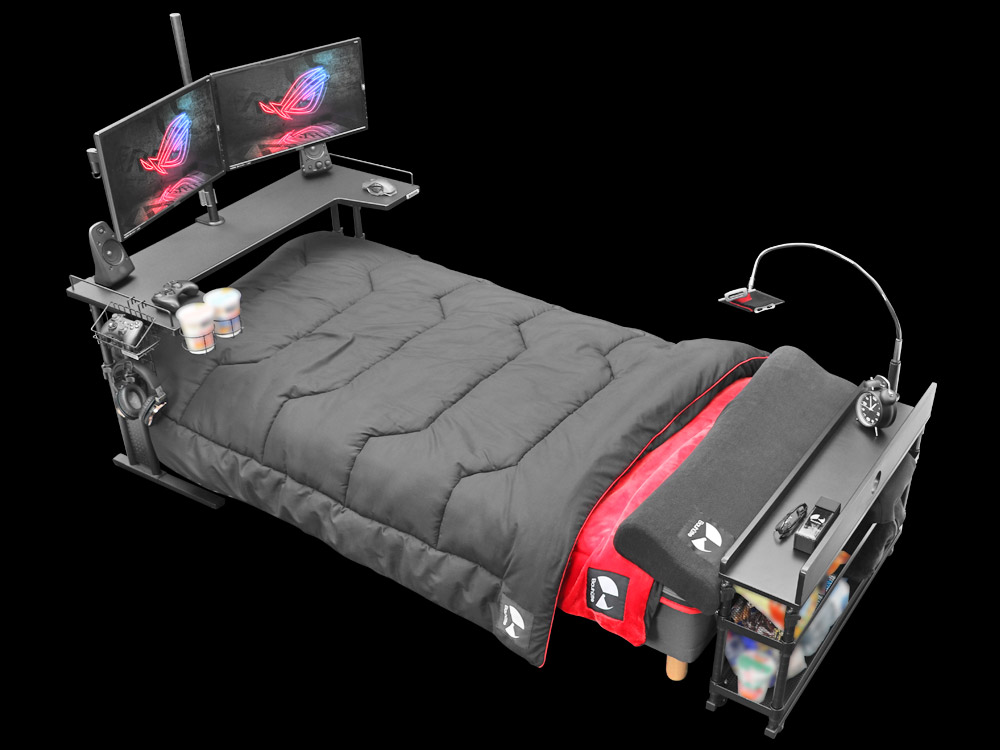 Gaming chairs have also recently taken the world by storm, with thrones sometimes kitted out with speakers, extra screens and more.

The Thronos Air Gaming Chair, for instance, will set you back an eye-watering £11,500.

Once you're sat in it, however, you'll probably never want to leave: It comes with three screens, live webcams and a built-in massager.

Bauhutte also offers a "gaming theatre" that lets you project your game onto your living room wall while lying on a cushy floor mat. 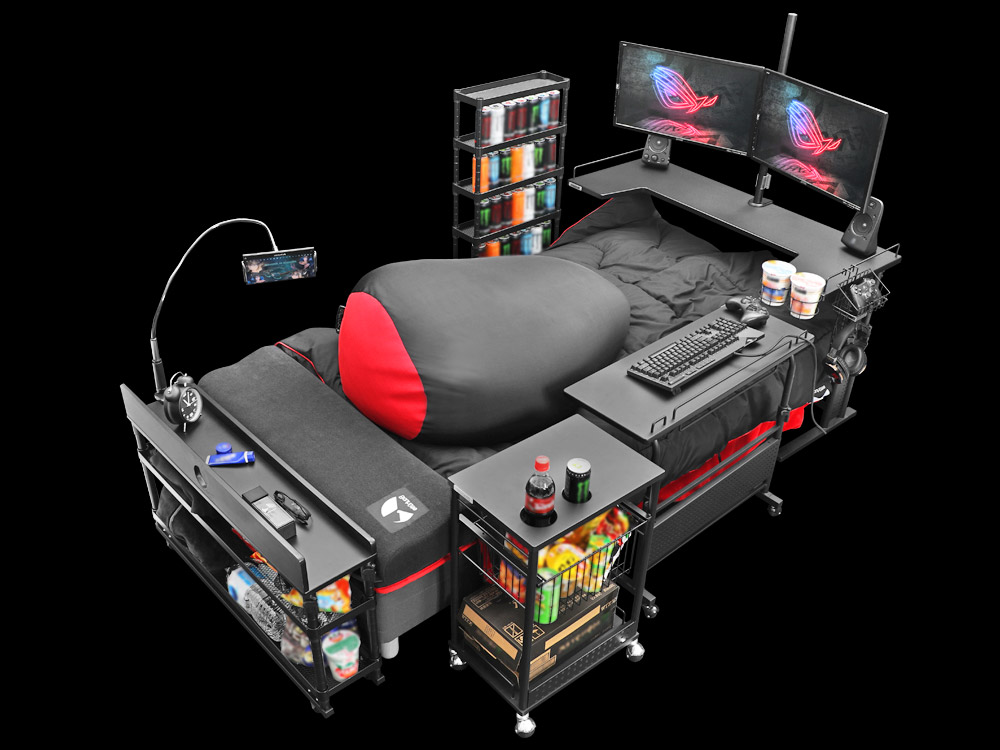 In other news, the upcoming PlayStation 5 could launch alongside a second next-gen Sony console.

Read our round-up of the latest rumours about the Xbox Series X and PS5.

And, find out why both of these consoles could be the last you ever own.

What do you think of this gaming bed? Let us know in the comments!