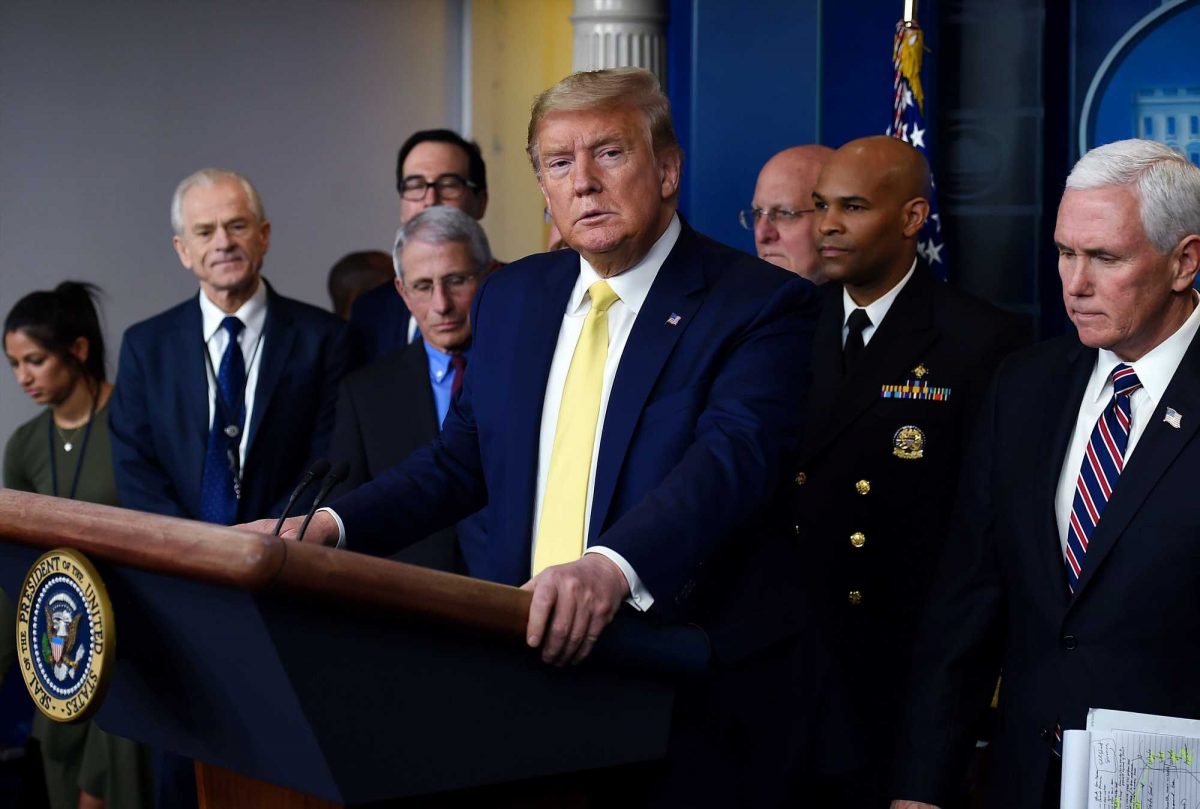 The White House sought to quell growing anxiety on Monday as financial markets wobbled and cases of COVID-19 continued to surge around the country.

Vice President Mike Pence, who was tapped last month to lead the country’s response to the coronavirus outbreak, touted the leadership of President Donald Trump while saying officials were still unclear how many people had actually been tested for the virus.

The assurances came amid skyrocketing anxiety both at home and abroad. Officials were preparing to quarantine thousands of people stranded aboard a second cruise ship linked to the outbreak that docked in Oakland, California. Schools in multiple states have shut down, others have said they may soon do the same, and some universities have announced classes will be moved online for the foreseeable future. Two Republican lawmakers who interacted with the president in recent days also said they would self-quarantine for two weeks after coming into contact with a carrier of the disease.

The Trump administration said Monday there were now more than 500 confirmed cases of coronavirus in 35 states and the District of Columbia, but said the risk to the American public remained low. Officials stressed that populations most at risk included people over the age of 60 and those with underlying health issues, in line with previous guidance. 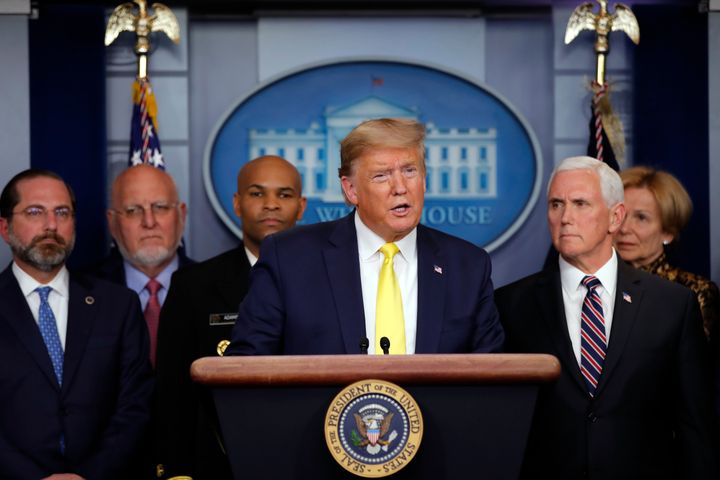 At the same time, Health and Human Services Secretary Alex Azar couldn’t say how many Americans had actually been tested for the coronavirus.

“Right now, I could not give you a number of how many Americans … have received a test,” Azar said, noting the government was “actively building” the computer systems to allow HHS to see those figures. He said the Centers for Disease Control and prevention had shipped 75,000 test kits around the country and that private companies had developed another 900,000 or so.

But those claims come amid reports that test kits and other medical equipment like face masks are in short supply around the nation.

Pence said he was unsure if Trump himself had been tested, but pledged to get reporters an answer by the end of the day. The president is 73 and has interacted with the lawmakers who had contact with a coronavirus patient.

Trump spoke briefly at the press conference on Monday, teasing a bevy of economic measures meant to avert economic unease that led to Wall Street’s worst day in a decade, including a program to extend loans to small businesses and some sort of payroll tax relief. He also suggested that he could move to protect hourly wage-earners — a vast portion of America’s workforce — so they don’t fear calling in sick to work.

“We have a great economy. We have a very strong economy,” the president said, before handing the spotlight over to Pence and abruptly leaving the briefing. “This blindsided the world, and I think we’ve done very, very well.”

Dr. Anthony Fauci, director of the National Institute of Allergy and Infectious Disease, said it was premature for any type of ban on group activities, but said he wouldn’t criticize any local leaders for doing so out of an “abundance of caution.” He refused to give any guidance in terms of campaign rallies, which are at their peak and a favored activity of Trump throughout his presidency.

“I can’t comment on campaign rallies,” Fauci said in response to a reporter’s question. “It really depends. As we all said, this is something in motion, this is an evolving thing.”

Pence closed the briefing by urging Americans to unify in the face of the outbreak, once again trumpeting Trump’s efforts to combat the virus.

“The president’s leadership has made the difference here… We literally are working seamlessly on behalf of the health of the American people,” he said. “Together, we’ll get through the coronavirus.”