Whitmer declares support for Biden vax mandate, flips stance that it would be a 'problem' for MI workforce 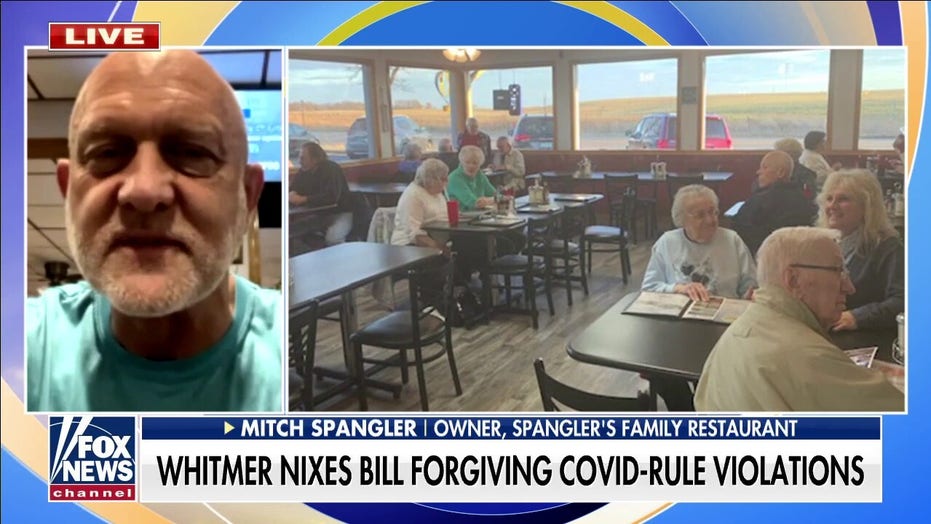 Mitch Spangler, owner of Spangler’s Family Restaurant, on why he made the decision to reopen his restaurant early and Michigan Governor Whitmer continuing to punish businesses who do not adhere to COVID restrictions.

The Michigan Democrat said during a Wednesday Zoom roundtable with reporters that she believes the COVID-19 omicron variant is the harbinger of “tough” times and praised the president’s vaccine mandate for large companies.

Whitmer said the Michigan state government was preparing to comply with Biden’s mandate, which the governor says is “about saving lives” and “getting more people vaccinated.”

Gov. Whitmer said earlier this month that the president’s vaccine mandate would be a "problem" for the Great Lake State’s workforce.
(AP Photo/Al Goldis, File)

“If we’re successful on those fronts, it’s going to be to everyone’s benefit,” Whitmer said.

Whitmer’s stance on Biden’s mandate is a new one, however — the governor said earlier this month that the president’s vaccine mandate would be a “problem” for the Great Lake State’s workforce.

“I know if that mandate happens, we’re going to lose state employees,” the governor said. “That’s why I haven’t proposed a [state] mandate. We have a lot of the same concerns … it’s going to be a problem for all of us.”

President Biden talks on the phone with Ukrainian President Volodymyr Zelenskyy from the Oval Office of the White House in Washington, Thursday, Dec. 9, 2021.
(AP Photo/Susan Walsh)

Former Detroit police chief and Michigan gubernatorial candidate James Craig told Fox News in a Thursday statement that he is completely against the president’s business vaccine mandate that Whitmer has now thrown her weight behind.

“I’ve been vaccinated and encouraged people to listen to medical professionals when making their own decision,” Craig said. “My position is clear and consistent — I am 100% against Biden’s vaccine mandate, which Whitmer now supports.” 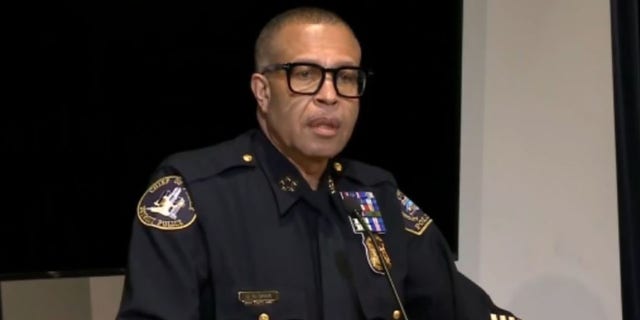 Whitmer has been hit hard with scandals and controversies throughout her first term in office.

Normal state contribution limits permit individuals and political action committees (PACs) to donate up to $7,150 per candidate during an election cycle.

But Whitmer has accepted donations from at least 40 individuals who gave more than the traditionally permitted amount – including Timothy Light of Kalamazoo and William Parfet of Hickory Corners, who each contributed more than $50,000 over the last three months, as first reported The Detroit News.

Whitmer’s office did not immediately respond to Fox News’ request for comment.