Will audiences go back to movie theaters after the pandemic ends?

New York (CNN Business)Marvel fans will have to wait a little bit longer for “Black Widow.”

Disney (DIS) announced Wednesday that the highly anticipated superhero film starring Scarlett Johansson is being pushed back to May 7, 2021. The film was set to hit theaters on November 6.
“Black Widow” was rescheduled in March because of coronavirus. It was originally meant to be released at the start of the summer movie season on May 1.

The delay of “Black Widow” starts a bit of a domino effect for the other films in the Marvel Cinematic Universe with “Eternals” and “Shang Chi and the Legend of the Ten Rings” also moving back.
“Eternals,” which was set to hit movie theaters on February 12, 2021, will now be shown starting on November 5, 2021. “Shang Chi” is moving from May 7, 2021 to July 9, 2021.

Other big Disney films are also being adjusted with Steven Spielberg’s new take on “West Side Story” moving from December 18, 2020, to December 10 of next year. 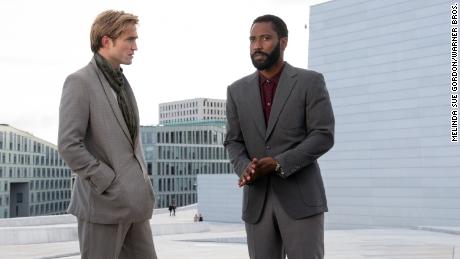 “Black Widow” being delayed again is a tough pill to swallow for movie theaters. The film is one of the most anticipated of the year and comes from the Marvel franchise, which is one of the most reliable blockbuster brands in Hollywood.
Theaters, which reopened over the summer after being closed for months, are in desperate need of hit movies — or really any new movies for that matter.

The box office has been anemic with films like “Tenet,” “The New Mutants” and “Unhinged” being the only notable new films playing in theaters. Their rough starts have signaled a bleak fall for the industry.
Now, without “Black Widow” it’s a long time until “No Time to Die,” the next big film on the docket, which doesn’t hit theaters until November 20.
Source: Read Full Article