Will Newsom's big win in California recall help Democrats across the country?

What does Newsom’s recall win mean for California’s small businesses?

The morning after California Gov. Gavin Newsom’s convincing victory in his state’s gubernatorial recall election, top national Democratic Party leaders were spotlighting the win and suggesting how it may translate to elections later this year and in the 2022 midterms.

“We’re pretty excited about California and it’s not because we thought we were going to lose it. It’s because the margin is better than expected and it shows that the Republican message is failing badly in swing districts,” Democratic Congressional Campaign Committee chair Rep. Sean Patrick Maloney of New York told reporters on Wednesday.

According to the latest unofficial results from election officials, roughly 64% of Californians voted no – meaning against removing Newsom from office – in Tuesday’s recall election, with just 36% casting ballots to oust the embattled first-term Democratic governor. Newsom’s margin beat expectations, topping the final public opinion polls heading into the election, which suggested the governor would survive by a much smaller double-digit margin. 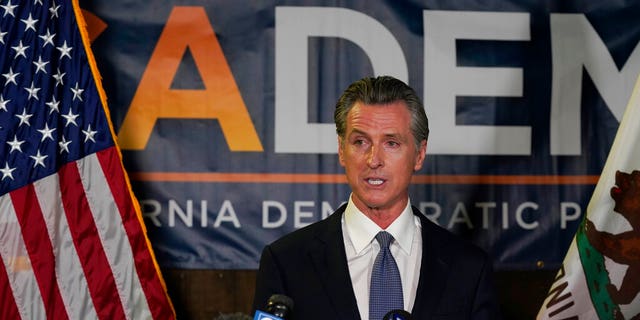 Newsom, who was overwhelmingly elected governor in 2018 in the heavily blue state, was facing a recall drive sparked last year mainly over accusations that he mishandled his state’s response to the coronavirus, the worst pandemic to strike the globe in a century. The effort was fueled by frustrations over the state’s COVID restrictions on businesses and houses of worship, school shutdowns, as well as opposition to the state’s high taxes.

Newsom and his political team and allies spent the summer attempting to nationalize the recall drive by characterizing it as a Republican “power grab.” And they turned to well-known and influential Democrats and progressives – including President Biden, Vice President Kamala Harris, a former U.S. senator and state attorney general in California, former President Obama, Sen. Bernie Sanders of Vermont and Sen. Elizabeth Warren of Massachusetts – to help inform and motivate California Democrats to vote.

The past two months Newsom also spotlighted the pandemic to tout his efforts to vaccinate Californians and warn about morbid consequences if a conservative Republican replaced him in running the state and quickly scrapped the state’s vaccine and mask mandates. He repeatedly called the election “a choice about life and death.” And he targeted conservative talk radio host Larry Elder, the front-runner among 46 replacement candidates on the ballot. Elder, who like many of the other leading GOP contenders opposed the mandates, was regularly compared to former President Trump. 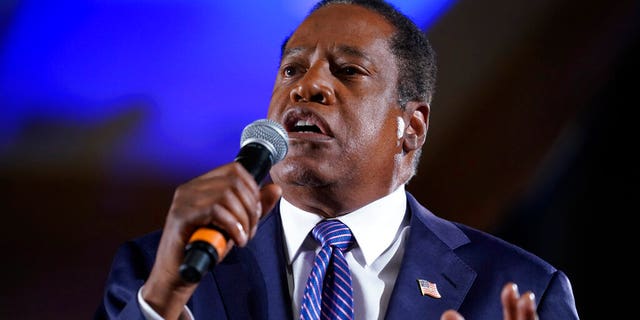 The big question going forward is whether the landslide victory by Newsom – in a state where Democrats outnumber Republicans by a two-to-one margin – will translate in more competitive electoral battlegrounds.

Lujan Grisham predicted, “I have no doubt that we’ll see the same successful efforts in Virginia and New Jersey,” the only two states to hold gubernatorial elections this November.

“You couldn’t have had a better mouthpiece for the Trump brand than Larry Elder in that election,” the DCCC chair charged. “And he got his ass kicked and I think that ought to send a chill down the spine of Kevin McCarthy…. We’re pretty excited about California and it’s not because we thought we were going to lose it. It’s because the margin is better than expected and it shows that the Republican message is failing badly in swing districts.”

Asked about the comments from top Democrats, veteran Republican strategist Colin Reed said, “The Democrats crowing about winning a California recall is like the 1992 Dream Team bragging about beating Cuba. It should never be close. The fact that it wasn’t just shows that political gravity set in.”

National Republican Congressional Committee communications director Michael McAdams charged that “Democrats celebrating a statewide win in California – which voted for Joe Biden by 29 points – is embarrassing and shows how grim the electoral environment is for their vulnerable candidates.”

And Republican Governors Association communications director Jesse Hunt argued that “it doesn’t bode well for Democrats in 2022 if they have to burn millions of dollars on a recall in the most liberal state in America. Clearly Democrat governors are struggling to help their constituents recover from pandemic and the turmoil it caused. Weak and ineffective leadership isn’t a strong selling point for their reelection campaigns.”

Republicans in Congress and GOP governors across the nation have vigorously pushed back against the president following Biden’s announcement last week mandating vaccines for up to 100 million American workers in an effort to stem the surge in COVID cases this summer due to spread of the highly infectious delta variant.

But Grisham predicted that the upcoming elections are “going to be a referendum on the pandemic.”

And she claimed that “what we saw in California last night was an incredible shining example of Americans rejecting the incredibly dangerous, negative, inappropriate, ineffective set of lies, quite frankly, and are wanting to return not only to normalcy but they want progressive policies in their states and they want governors who will be the bulwark against not only this nonsense but the real harm and fear mongering that Republicans continue to promote across the country.”

Maloney agreed, charging that “California voters really rejected the Republican view that we don’t have to do more to end the pandemic. I think that’s one of the big takeaways from California.”

Reed, a veteran of numerous GOP presidential and Senate campaigns, said Republicans running elections “in swing and competitive parts of the country” later this year and next year need to strike a balance.

“What they need to do is portray themselves as pro-vaccine but anti-mandate,” he emphasized. “The vaccines were developed and brought to market under a Republican administration. There’s no reason the Republican Party needs to run away from it. It’s fine to be anti-mandate but being anti-vaccine as a whole is going to create challenges in blue and in moderate parts of the country.”